Vaisakhi or Baisakhi is a festival observed by both Hindus and Sikhs. It is a festival marking the astrological new year for Hindus. For the Sikh community who celebrate it with huge fanfare, it’s a festival having great historical significances.

The significance of the date
In the Gregorian Calendar, Baisakhi usually falls on 13th or 14th of April. As per the Nanakshahi calendar of the Sikhs, the 2020 Vaisakhi is on April 13. It is the new year day in various regional solar calendars followed in India and there are various regional festivals that coincide with Baisakhi. The first day of the month Vaisakh, also known as Mesha Sankranti, is the New Year’s Day for Hindus in Punjab, Himachal Pradesh, Haryana, Uttarakhand, Uttar Pradesh, Bihar, West Bengal, Assam, Odisha, Tamil Nadu and Kerala.

Vaisakhi is also a harvest festival, celebrating the abundance of crops in Punjab and several parts of North India. As it is the harvest time in most of the Indian states, all those regional festivals befalling at this time of the season have some agricultural significances. The customs and traditions followed implicate the agricultural prosperity and acknowledge the almighty for the good harvest provided.

For the Sikh community, Baisakhi is more than a spring harvest festival and a day marking the new year! It’s a festival marking the birth of the Khalsa way of living in the Sikh religion and it commemorates the formation of Khalsa Panth of warriors under Guru Gobind Singh in 1699.

The History, The Sikh Tradition

The festival of Vaisakhi is related to some major events in the history of Sikhism. It became closely associated with the Sikh religion by the end of the 17th century when Guru Gobind Singh, the 10th Guru of the Sikhs chose this date to create the highest order of the Sikhs, known as the Khalsa Panth. The Vaisakhi day in 1699 also marked the end of the long tradition of gurus in Sikhism and established the holy text ‘Guru Granth Sahib’ as the eternal guide for the community.

Each Sikh Baisakhi festival is a remembrance of the birth of the order Khalsa Panth which resulted after the persecution and execution of Guru Tegh Bahadur (the ninth Guru) by the Mughal Emperor Aurangzeb for refusing to convert to Islam. The ninth Guru’s martyrdom triggered the coronation of the tenth and last Guru of Sikhism, and his creation of the Khalsa Panth (sant-sipahi group of Khalsa), both on the Baisakhi day.

The tenth Guru, Guru Gobind Singh summoned Sikhs from across India to Anandpur Sahib, Punjab and asked who was prepared to die for the cause of religion. Five men volunteered to give their lives and Guru Gobind Singh baptized them and adorned them with the Khalsa identity of a Saint Soldier. Thus, those five men became the first members of the order of Khalsa and, with this historic event, the tradition of Sikh baptism on Vaisakhi originated.

Since 1699, the Sikhs observe Baisakhi typically on April 14 as a celebration of Khalsa Panth formation and is also known as Khalsa Sirjana Divas and Khalsa Sajna Divas. In 2003, the Sikh Gurdwara Prabhandak Committee named the festival Baisakh (Vaisakh) and made it the first day of the second month of Vaisakh in their new Nanakshahi calendar.

Another significant event in the Indian history which is related to Vaisakhi is the Jallianwala Bagh massacre. On 13th April 1919, troops of the British Indian Army under the command of Colonel Reginald Dyer fired rifles into a crowd of civilians, mostly Sikhs, who had assembled at the Jallianwala Bagh to participate in the annual Baisakhi celebrations and to condemn the deportation of the leaders Satya Pal and Saifuddin Kitchlew. This happened to be a major incident in the Indian history of independence, triggering wide protests and the beginning of Non-Cooperation Movement.

Celebrations
The socio-agro significance of Vaisakhi is that it falls during the spring harvest season. The crops will be ready to sell and it’s a time for rejoicing for the farmers. Conducting of fairs and thanksgiving prayers/poojas are common Vaisakhi traditions and people celebrate by singing, dancing, wearing festive garments, preparing special dishes and conducting wrestling bouts and parades.

The Sikhs observe Baisakhi with devotion and with huge fanfare. It is customary for them to organise special procession called Nagar Kirtan on this day. It includes five saffron-clad men with swords in front called the Panj Pyare (the five beloved of the Guru – the first batch of men adorned with the Khalsa identity), followed by the holy Guru Granth Sahib placed on a float. The hymns from the holy text are sung as Nagar Kirtan makes their way along the streets. Also, Baisakhi is the day in which the Sikhs choose to get baptized.

The Sikh people visit their local Gurudwaras which will be specially decorated on this day. The festival is also celebrated in schools, colleges, fields and homes. People gather together and enjoy by dancing the Bhangra, Gidda and sharing special foods such as Kada Prasad. Special celebrations will take place at Talwandi Sabo (the place where Guru Gobind Singh stayed for nine months and completed the recompilation of the Guru Granth Sahib) in the Gurudwara at Anandpur Sahib and at the Golden Temple in Amritsar.

Regional variations of Baisakhi/Vaisakhi
The festival of Vaisakhi predates the origin of Sikhism and, by tradition, it marks the solar new year and is a harvest festival. There are many other regional celebrations in India that coincide with Baisakhi and sharing the same astrological and agro-socio significances. Some of those regional variants of Vaisakhi and the place/people who observe it are the following:- 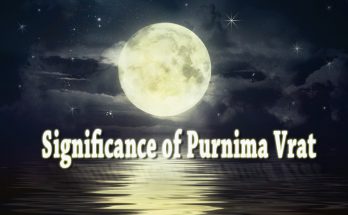 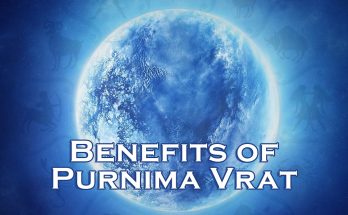 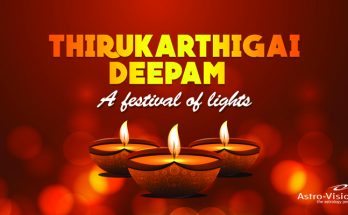 Karthigai Deepam 2020 – A Festival of Lights

5 Comments on “Baisakhi 2020: Significance and History of Baisakhi”