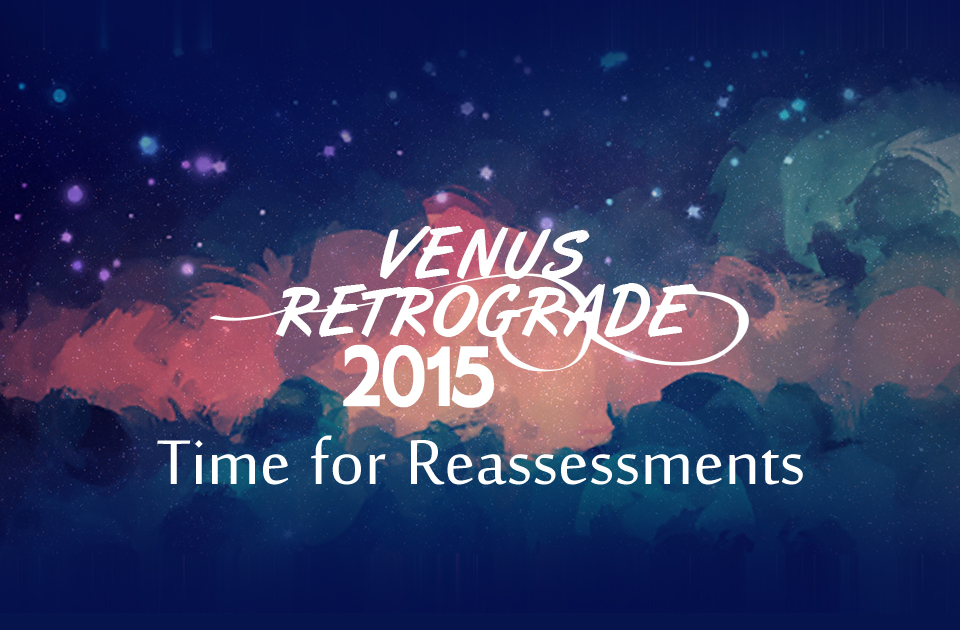 Venus retrogrades every 18 months (1.6 years) for a period of 6 weeks making us more aware about the stability in the relationships. According to vedic texts  Venus or Shukra is the son of Sage Bhrigu and  the teacher of demons and that’s why it is considered to be in enmity with Jupiter who is the teacher of devas. Shukra is the one who gave the mantra of Mrith sanjeevani to Lord Shiva, which is capable to bring the dead back to life.

In astrology Venus is considered as the planet which signifies, Vibrations, Vanity, Vehicles, Venereal, Ease, Emotions, Entertainment, Nuptial ( marriage), Union, Sensuality, Sexuality,  and  Social life. It rules 2 signs in the Taurus and Libra which are the houses for money, material gains, self worth, marriages, relationships and spouse.

Venus is the second planet which is close to Sun and the average distance is about 67 million kms. When a planet is in retrograde it doesn’t mean that it is not actually going backwards but it just slowing down from the actual rate of speed. Sun, Moon or Earth never goes retrograde so when we look at Venus from Earth we get an illusion that it is going backwards. Other than Venus, Mercury, Mars, Jupiter and Saturn goes retrograde.

When a planet is in retrograde it is closest to the earth and it is influencing earthlings with double power. Whenever any planet goes in retrograde then it means it is the time for re assessing the factors which that planet signifies. This year Venus started retrograde in Virgo on July 25 and now in the sign of Leo till September 2nd Venus is the natural ruler of Taurus Vrishabha and Libra Tula which deals with the most materialistic factors in our life. Taurus ie, Virshabha rules the second house deals with money and material gains.

This house deals with money, gains, material wealth and self value. This is the house if accumulated wealth also. Native’s relation with family is also shown through this house and a strong second house shows the support from natives, oratory skills, truthfulness,

This house deals with marriage, spouse, leagal partners, legal relationships. Business relationships. Agreements, contracts and open enemies.During retrograde, Venus will bring opportunities to re asses all the factors of the houses which it rules plus the houses which it rules in natal as well as transit charts. In its own houses 2nd and 7th there will be opportunities where you have to work towards the betterment of the factors of the houses.

This is an ideal time for re assessing the 2nd house and 7th house matters than taking a decision in it. This can be a delicate time for all those matters based on the relationship and you must take due care to handle them carefully. Yes , this is a time of stress test whether love relations or business relations and those relation with strong foundations are supposed to last. Matters regarding 2nd house should also be reassessed since it deal almost with money and finances.

As per “UttaraKlamritha” by Kavi Kalidasa, when a planet is in retrograde it gives the result as it is in exaltation! Sage Parasara also say that a retrograde is stronger (Chesta Bala) than a direct planet.