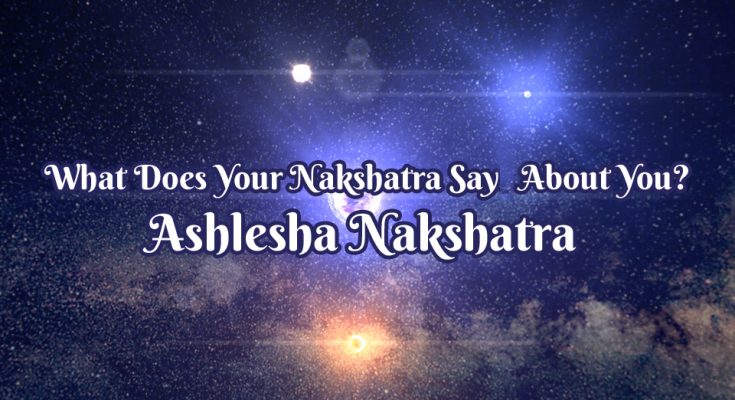 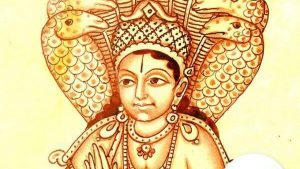 From (16:41 Cancer to 30:00 Cancer) lies Ashlesha Nakshatra in the zodiac of Cancer. Its symbol is the Snake and the presiding deity is Naga and the ruling planet is Mercury. Because of the Mercurian rulership, these people exhibit a Mercurian quality. Mercury signifies communication so these people will be very much interested in communication, that too with a lot of logic. But they don’t need to be taking care of others emotions into consideration. These people will generally like to play with the words. In a nutshell, they have the energy of a snake and they are with the wisdom of the snakes.

Since the presiding deity is the Naga, Nagas are very strong characters in Vedic texts who are said to be the caretakers of 14 realms. They have also been mentioned as the guards of wealth. In Indian mythology, Nagas are primarily serpent-beings living under the sea. However, Varuna, the Vedic god of storms, is viewed as the King of the Nagas.

David Frawley, Fruits of Worshipping Each Nakshatra:”The Gods and the Demons were at war. The Gods made an offering to Ashlesha. This drove away from the Demons. One who makes the appropriate offering to the Serpent God, to Ashlesha, drives away his hateful opponents. In Ashlesha one can defeat one’s enemies. Through it, one gains the poison of the serpent to use on others. Those born under Ashlesha make powerful warriors with powerful weapons.

The Buddha had this nakshatra rising under a benefic full Moon during his blessed birth. The King Cobra protected the Buddha from the storms of life as he performed his tapas (spiritual austerities) under the bodhi tree. There are so many Nagbuddha statues all over the world that indicate this incident.

What is a Zodiac?

Since the zodiac sign of Cancer is ruled by Moon and Ashlesha’s ruler is Mercury, these people can always get confused about where and how to invest their emotions. They can get misinterpreted by others by the way they express their emotions and sometimes things can go out of control too. They have set goals and will be working towards achieving those goals. They will fix their eyes and mind on that goal and after reaching goals they may have a second thought about the ways they tried to achieve this goal.

Ashlesha Nakshatra pada 1: falls in Sagittarius navamsa ruled by Jupiter. These people are very hardworking and learning at all stages of life.

Ashlesha Nakshatra pada 3: falls in Aquarius navamsa ruled by Saturn. These people have a genuine interest in the occult maters.