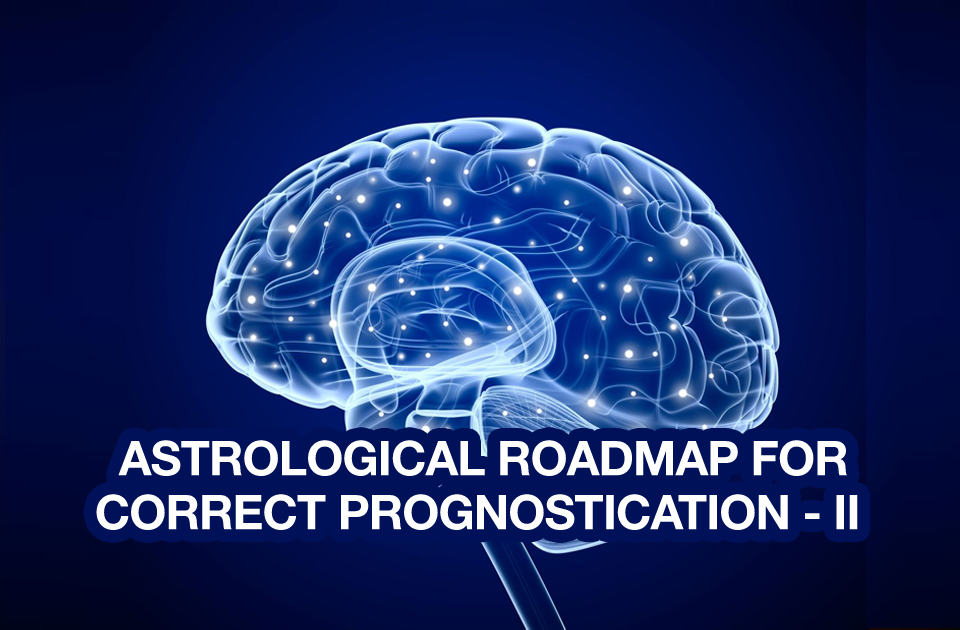 Venus-Saturn periods
According to Bhavartha Ratnakara , one becomes conjoined periods bereft of fortune when the of Venus and Saturn are in operation; that is, Venus as the Dasa Iord and saturn as Bhukti lord or vice versa.However, no logical explanation is available to this rule. commenting on this verse DR B V Raman says ” This (verse) cannot be accepted as either a rule or a principle. why should saturn always produce evil results in the Dasa of venus and vice versa? In actual practice, instances have come to our noice wherein. Venus has produced affluence and riches in the Dasa of Saturn and vice versa.*
(Bhavartha Ratnakara, English translation by  Dr. B. V. Raman, Eighth edition,1984 page 159)
Dr. Raman was, probably, going by the following Sloka,
yuktiyuktam vachograhyom
Baaladapi shukoadapi |
Ayuktamapi na grahyam
Saakshadapi brahospateh ||
Words rich in significance can be accepted from any source, be it a child or a parrot. However, words devoid of reason or meaning should be rejected even if they originate from Brihaspati, the Guru of the gods.
Alternately it could be said that Dr. Ramans commentary reiterates Kalidasas wisdom in Malavikagnimitram where he says,

Every poem does not automatically become good because of the fact that it is old; nor is a poem without charm, because it is new; intelligent critics favour one or the other through their own critical evaluation, while a fool is led (misled?) by another person’s judgment (Act I, Verse 2).
I can sum up this debate as follows. Generally authoritative texts by Varahamihira, Kalyana Varma, Mantresw ara and, such others can be said to be foolproof and need to be mastered by the student of astrology for developing predictive skills. However in some of the old works, certain stray verses appear similar to the one quoted previously where the student has to apply his faculty of discrimination instead of blind adherence to the authors views. Mere mechanical application of rules without considering clauses dealing with exceptions would lead to errors of judgment.
Case Studies
Let me share my thoughts on how I formed my opinion in the following cases.
Chart 1: Male: Born December 7 , 1980 at 16h. 00m. at 9 N 50,77 E 50.

My opinion was sought in March 2010 as to when the the native of Chart I would get married.I predicted that the boy would get a good alliance in September 2010. In that month, the
Ascendant lord Mars would enter the 7th house ruled by Venus while transiting Libra. Further Jupiter in Pisces and Saturn in Virgo guaranteed the event. The significators of the event would be Venus who is in the 7th from the Ascendant and Jupiter and Saturn who are in the 7th from Navamsa Ascendant. The betrothal took place in Venus Dasa, Jupiter Bhukti Saturn Antara in September 2010.
Chart 2: Female: Born October 15, 1987 at 5h. 25m. at 9 N 50,77 E 50.

Chart 2 is of the younger sister of the native of Chart 1. In this context, I predicted that her brother (Chart 1) would be married first and then she would get married in March20lt. The
Ascendant lord joins the Karaka of the 7th house Venus in the 2nd house. My prediction was that the marriage alliance would get finalized in Mercury Dasa, Mercury Bhukti, Venus Antara.
Usually the Swabhukti of a planet is powerless, unless the Antara lord signifies the event. In transit Jupiter in Pisces (9th house from the Moon) and Saturn in Virgo ( 3rd house from the
Moon) would ensure that the event materialized.
The Ascendant lord Mercury was in conjunction with the 7th lord Jupiter in Pisces, thus facilitating the event. The betrothal took place in March 2011 and the marriage in September 2011.
Chart 3: Male: Born July 17, 1989 at 20h.21m. at 10 N 45, 76 E 30.

Tips for Prediction
Chart 3 is of a young man who come to me while appearing for the intermediate competitive examination in chartered accountancy. This was in the beginning of Moon Dasa. Prima facie, the Moon is in the l2th house denoting failure. If the Ascendant is at 25″ and the Moon at l7o, it would, no doubt, be in the 12th Bhava but would be in the 1lth cusp. Further the Moon generates a Gajakesari Yoga and is in conjunction with a first-rate benefic, the Ascendant lord Saturn. Further, the Jupiter as l2th lord in the 6th house generates a Vipareeta Raja Yoga and is also the sign-dispositor of the Moon. The Moon is waxing and almost close to Full Moon and birth being at night, the Moon is also strong’ I predicted success for the native who passed both intermediate and final examinations in the first attempt and is now employed in an MNC.
(i) The Dasa of a planet who owns a trinal house and is well-placed will yield only good results. The Sun and the Moon yield only good results even if they own the 8th house.
(ii) When the lord of a quadrant joins a trinal Lord, both do only good.
(iii) Even if a planet is a malefic. association with a Yogakaraka will enable the planet to bestow beneficial results in his Bhukti.
(iv) A planet even if combust or debilitated, will yield good results in the 2nd half of his Dasa by occupying either a benefic sign or a benefic Navamsa.
(v) During the Dasa of a Yogakaraka planet, the Bhukti of a Maraka (killer) planet bestows Raja Yoga. Similar results arise in the Bhuktis of malefics which may follow.
(vi) The Bhukti lord, if capable of yielding beneficial results, gives the benefits when either the Sun or Jupiter transits his exaltation house; if the planet is malefic he yields undesirable results when the Sun transits his debilitation sign.
(vii) When the lord of Bhukti occupies either the 6th or the 8th or the l2th from the Dasa lord, results will be adverse, provided the planet is inherently capable of yielding inauspicious results; if the Bhukti lord is a benefic. then only good results will accrue.
(viii) lt both the Dasa lord and the Bhukti lord are benefics and if their relationship is harmonious, only good events are shown. If they are malefics and confluence exists, then undesirable events occur.
(ix) When there is lack of harmony between the Dasa lord and the Bhukti lord, the stronger of the two udl prevail. For example, if Rhukti lord is a strong benefic, occupying the 8th house from the Dasa lord, good results will oc:cur in that Bhukti. Sorne texts hold a contrary view.
(x) When a planet is strong in the birth chart, he will yield good results in his Dasa provided in transit he occupies either ow’n, friendly or exaltation house.
(xi) When the Bhukti lord in transit passes his depression sign or inimical house or gets combust, he yields bad results; on the other hand, if the planet is either in retrogression or if passes through own or exaltation house, good results will materialize.
Conclusion
Thomas Edison said, ‘Genius is 99% perspiration and 1% inspiration.” Great effort is necessary to master the rules of astrology. The crux of predictive astrology lies in determining what each planet is intending to do and when. Difficult contexts for an inexperienced astrologer are the inherent contradictions which exist within the gamut of rules defining astrology. A golden moment always occurs, when enlightenment would shine and the young astrologer would be able to see through the rules. Necessarily, it is the climactic leaming of a long process of an intense desire to unravel the mysteries of astrology, a defined science, which enables the revelation of how enigmatically nature works. When that moment occurs, the difficult contexts would offer clarity leading to correct prognostication.
Courtesy: MODERN ASTROLOGY(Author : Dr. E.S. Neelakantan)