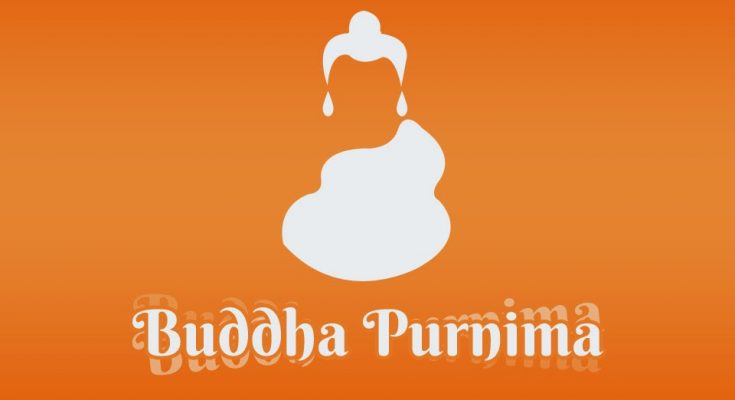 Buddha Purnima, also known as Buddha Jayanthi or Vesak (Vaisakha in Sanskrit) is a festival of Buddhists commemorating the birth, enlightenment (Nirvana) and death (Parinirvana) of Gautama Buddha. It is the most auspicious day for Buddhists in which the Theravada (the branch of Buddhism following the oldest recorded Buddhist texts) countries observe the three events – birth, enlightenment and death or entrance to final nirvana. In Theravada or Southern tradition, it is also the day in which Buddha preached his first sermon. 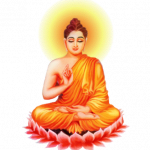 Buddha Purnima or Vesak is traditionally observed by Buddhists all over the world and the day of celebration varies in different countries. The exact date of Buddha Purnima or Vesak falls on the full moon day of the month Vesakha (April – May) in Hindu calendar, and hence the name Vesak. Also, the Sanskrit word ‘Purnima’ meaning full moon, suggests the term Buddha Purnima. Though the three events – birth, enlightenment and death are commemorated by all Buddhists, only the Theravada countries (South and South East Asian countries) observe all of them on Vesak. In Theravada countries following the Buddhist calendar, the day is usually observed on the full moon Uposatha day in the 5th or 6th lunar month. In China, Japan, and Korea, it is celebrated on the eighth day of the fourth month in the Chinese lunar calendar and the date varies from year to year in the Gregorian calendar, usually falling on April or May.

The festival has got different names in different places. The Theravadas call it by the name Vesak, while in Mahayana Buddhist traditions it is known by its Sanskrit name ‘Vaisakha’. In India, the day is familiar as Buddha Purnima, while it is ‘sa-ga zla-ba’ in Tibet and Vishakha Pujain in Sri Lanka.

The Legend of Buddha

Buddha was born in 563 BC, in Lumbini in modern-day Nepal to the king of Kapilavasthu (Shakya kingdom) Shuddhodana and Queen Mayadevi. He was given the name Siddhartha Gautama then. It is believed that, shortly after his birth, an astrologer named Asita prophesied to the King that Siddhartha would either become a great king or renounce the material world to become a holy man. The astrologer also said that it depends on what life he would see outside the palace walls.

King Suddhodana only wanted his son to succeed his throne and kept Siddhartha unaware of the tragic life outside the palace. Prince Siddhartha was brought up in such a way that he was oblivious of the miseries of common man until he became inquisitive about the life outside the palace. It was only when one day Siddhartha insisted his chariot driver to take him to the streets, that he became aware of the sufferings of ordinary people. The sights he encountered during his visits to the streets moved his heart. It is known in Buddhists literature that Prince Siddhartha had to encounter a series of four sights. He came across a crippled man, a corpse, a sick person and finally an ascetic holy man. It was when he walked back with a perturbed mind, that he met the holy man who seemed to have triumphed over worldly temptations and attained the highest bliss of life. This encouraged the prince to choose the spiritual path and he decided to give up all worldly pleasures.

Siddhartha’s encounter with the miseries of the world prompted him to abandon the material life. One midnight, he bade goodnight to his family and went out on a spiritual quest. Then, he was aged 29 and had a wife and a son. During the first seven years of his quest, he had to undergo several austerities. He abandoned the pleasures completely and wandered many places in search of the real meaning of life.  Finally, he got enlightened under a banyan tree at Bodh Gaya (in present-day Bihar, India), where he is said to have meditated for years. Thereafter he came to be called as Gautama Buddha.

The supreme light of enlightenment dawned on Buddha on the Vaisakha Purnima (Full moon day in the month of Vaishakha), under a Bodhi (a Fig/Peepal or Banyan) tree. It is believed that Buddha left the mortal world on the same date after living for eighty years. Bodhgaya – the place where he attained Nirvana is one of the most sanctified places of pilgrimage. He gave rise to a new religious and philosophical movement which made wide influence throughout southern and eastern Asia. In India, Buddha is also revered as an avatar of Lord Vishnu.

Vesak or Buddha Purnima is the holiest of the Buddhist festivals and its celebrations signify Buddha’s teachings. The major events in Buddha’s life – birth, enlightenment and parinirvana are commemorated in this day. In India, the day is celebrated as Buddha Jayanti (Buddha’s birthday) and it falls on the full moon day of Vaishakha month (Vaishakh Purnima) in Hindu calendar. As Buddhism spread from India to foreign lands, it got assimilated into various cultures and subsequent variations occurred in the observance of Buddha Purnima. Though the 3 anniversaries are observed in all Buddhist countries, they are not celebrated on the same day everywhere. The World Fellowship of Buddhists held in Sri Lanka in 1950 formalized the observance of Vesak or Buddha Purnima as Buddha’s birthday.

Vesak is celebrated by Buddhists all over the world with the observance of Buddha’s teachings of life, love, peace and spirituality. Ceremonial hoisting of Buddhist flag and the chanting of hymns in praise of Buddha, Dharma (his teachings, also known as Dhamma) and Sangha (his disciples) collectively called as Holy Triple Gem, are conducted in Buddhist temples in the day of Vesak. All devotees are expected to assemble in their various temples before the dawn of the day. The devotees may bring flowers, candles and joss-sticks, and lays them at the feet of the teacher which is a symbolic remembrance of the non-sustainability of life. It implies that just as the beautiful flower would wither away and, candles and joss-sticks would burn out, life would also subject to destruction. In some temples, a small statue of Buddha is placed in a water-filled basin over which devotees pour water. This is to enact the events of devas giving heavenly offerings at the time of Buddha’s birth and is symbolic to the cleansing of practitioners’ bad karma.

The devotees are enjoined to refrain from violence on Vesak. They are encouraged to have vegetarian food and to remain sober.  In some countries, notably Sri Lanka, liquor shops and slaughterhouses remain closed for the two days set aside for Vesak celebrations. Also, in many countries, birds and animals are freed as a symbolic act of liberation. This implies granting of freedom to those who are held captive or tortured against their will. In general, devotees reaffirm their belief in Panchsheel or five precepts, and some devotees resolve themselves to lead a noble life observing the five percepts – not to take life, not to steal, not to lie, not to consume liquor or any intoxicants and not to be disloyal. Some of them may spend the whole day in temples with renewed determination to observe eight percepts or eightfold path. Vesak celebrations also involve efforts to bring happiness to the poor and needy. People may distribute cash or gifts to charitable homes or provide food and clothes to the poor.

Vesak is also a festival of joy. People may decorate and illuminate temples, and create artworks suggestive to Buddha’s life for public display. They may vie each other in doing useful activities such as providing refreshments and food for those visiting temples. The monks recite verses uttered by Buddha to invoke peace and happiness for the whole world. All Buddhists are reminded to respect other beliefs and to live in harmony with other people.

In Lumbini – the birthplace of Buddha, thousands of pilgrims from various parts of the world come together and celebrate Buddha’s birthday. The government of Nepal announces a public holiday on Buddha Purnima or Buddha Jayanti and is widely celebrated across the country. People donate foods and clothes to the needy and also provide financial aid to monasteries and schools.

The government of India also announces holiday on Buddha Purnima. On this day, pilgrims from all over the world visit Bodh Gaya (the place where Buddha got enlightenment) and the Mahabodhi temple. The Mahabodhi temple is decorated, and prayers, sermons, processions and special events highlighting the life of Buddha are conducted. Group meditations are also organized and devotees make resolutions to follow Buddha’s preaching.

The Significance of Buddha’s Teachings

Buddha has said that the right way to pay homage to him is not merely by offering flowers and lights, but by truly striving to follow his teachings. Before his death, on seeing his attendant weeping, Buddha advised him to understand and accept the universal law that all compounded things should disintegrate. He advised everyone not to bereave of the disintegration of the physical body but to regard Dharma (his teachings) which is the eternal universal law to save oneself from suffering. The world is expected to celebrate Vesak by observing Dharma to bring peace and harmony to humanity.

The festival Buddha Purnima can be regarded as a celebration of Buddhist teachings to the world. Buddha’s teachings have also spread to the western world and there are so many followers around the globe who ardently believe in the Buddhist way of life of peace, wisdom, kindness and love. The fundamental principles of Buddhism known as the Pancsheel are Not to take life, Not to steal, Not to lie, Not to consume liquor and Not to commit adultery. Buddha’s teachings have more relevance today than they were at the time he preached his followers. Among his teachings ‘Ahimsa’ (not causing harm to anyone) has prime importance considering the present scenario of the world.

Buddha is the ideal guide to achieve spiritual peace and bliss. He taught people the real balance between luxury and simplicity. According to him the sufferings of life are because of our desires or attachment to the material world. He gave us the eightfold path – Right belief, Right intention, Right living, Right conduct, Right word, Right thinking, Right efforts and Right meditation to keep away the sufferings of life. One who follows this eightfold path will be free from common sufferings. Complete peace of mind can be achieved by following the Buddha or Dharma way of living. Buddha’s preaching can bring peace and harmony in the world as it helps to purify the mind and thoughts of every individual.