One of the most commonly encountered problems in life has to do with workplace tensions and difficulties. The Rasi chart carries clues to afferent kinds of circumstances but this has to be interpreted in the light of the running Dasa and Bhukti. The transits of major planets, primarily Saturn and Jupiter in that order and to a lesser extent, of Mars, also are to be noted. Of these, the heaviest influence is of Saturn whose movement through certain houses from the Moon-sign can cam red signals warning of a period of stress and strain. However, these need not every time necessarily relate to vocational life and can also touch other areas of life – personal, emotional, health, financial, legal etc. At such times when the Rasi indications are not clear, the divisional charts can be of help.

There is very little information given in classical texts on the application of the Shodasavargas or the sixteen divisional charts. According to most texts which, as a rule, are based on Brihat Parasara Hora all that one finds is just one word against each Varga as to what it deals with. The question on how these charts are to be understood and if they can be interpreted the same way as the Rasi chart can be answered only after extensive research in this so far little-explored area of astrology.

According to Brihat Parasara Hora (VII-3),

From the Navamsa is to be seen (matters concerning) the spouse and from the Dasamsa, mahat phalam or results of a great kind.

. . . The basic rule of chart interpretation is to bear in mind the period of times, the region or country, context and background of the native in question . . .

The use of the term mahat phalam is somewhat confusing. It can be interpreted to mean important results (events) or extraordinary results. Or, mahat phalam can also be understood in both senses. The basic rule of chart interpretation is to bear in mind the period of times, region or country, context and background of the native in question. It is well-known that when this is done, similar planetary positions in the charts of two individuals from widely different

… If mahat phalam is understood in the sense of extraordinary results or out-of-the-ordinary results, planets in own sign, in the Dasamsa can show results far above average which the Rasi chart may not suggest by its ordinary placement of planets.backgrounds in terms of age, clime and race can show varying results.

If mahat phalam is understood in the sense of extraordinary results or out-of-the-ordinary results, planets in own sign, Moolatrikona or exaltations sign in the Dasamsa can show results far above average which the Rasi chart may not suggest by its ordinary placement of planets.

Dhirubhai Ambani’s horoscope (Chart 1) is a good example for understanding how the Dasamsa works, especially that the Rasi chart does not appear to explain his phenomenal success in life. Born in a lower-middle-class family, Ambani’s education did not proceed beyond Matriculation. Selling snacks to pilgrims at Mt. Girnar helped him augment his father’s meagre earnings as a school teacher. Later Ambani worked as an attendant at a petrol bunk and other small-time jobs before he set up his own business. Once he started Reliance textile industries in the 1970’s his luck began to change until he became one of the most influential industrialists in the country who could even pull strings at the Centre. The Rasi chart has some good points, notably, the Ascendant lord Jupiter in the 10th and the 9th lord in the Ascendant but which are hard enough to explain his level of success which could easily fit in with the Parasari expression of mahat phalam or great or extraordinary results.

The Dasamsa chart provides the clue to this phenomenon. The Ascendant rising is Sagittarius as in Rasi. Mars is in hisMoolatrikona sign. The Sun is exalted. TheMoon occupies his own sign Cancer. Saturn too is in his own sign Capricorn. Venus and Jupiter are in an exchange of signs. That is, 6 out of 9 factors attain some kind of special status in the Dasamsa. It was in Mars Dasa with Mars in his Moolatrikonain Dasamsa in about 1958 that Ambani first ventured into the business of spices and textiles and which set the tone for what he finally became — one of the leading business-magnates of the country. 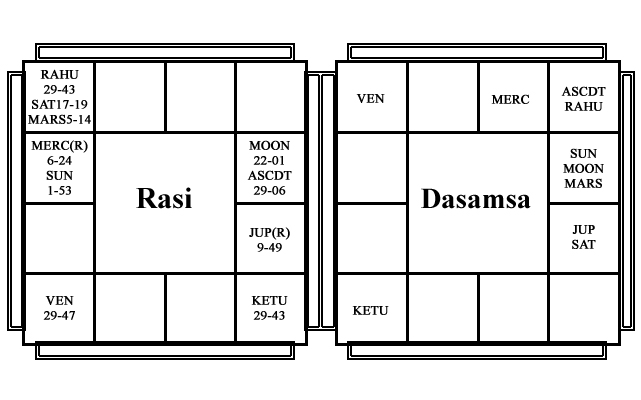 Chart 2 is of a popular Hindi film star. Born in a middle-class family and losing his magistrate fathei1 when only 16 years old, the native’s foray into film-acting changed the entire course of his life into one of extraordinary success.

The Rasi in Chart 2 is quite strong. The Ascendant lord Sun is Neecha to begin with but gets Neechabhanga and as the Ascendant lord produces a Neechabhanga Raja Yoga that contributes greatly to the foundational strength of the chart. There is Rahu exalted in the 11th which is a great blessing and tends to strengthen the chart as a whole. Further, Rahus Vargottama. Saturn is in the 7th and is the centre of a Sasa Mahapurusha Yoga which contributes to the mass appeal the actor has attracting legions of fans. In this case, unlike in Chart 1, the Rasi itself shows a high level of success. The Dasamsa chart only confirms it.