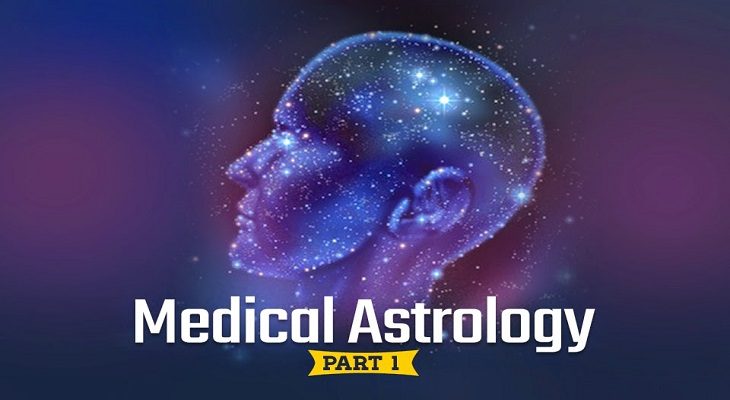 Since the Vedic era, Indian Astrology has proved to be a useful and path leading science. Its use in medicine is possibly the most significant one. Is it not a fact that the mystery of so many illnesses is still not known even by advanced medical science. The connection between astrological planets and their transit to various diseases was already established by our wise sages. Man and the universe cannot be separated from each other. Therefore, the sages were the first to connect biology and astronomy with the great discipline of “astrology”. But much of their knowledge did not reach the next generation. The lack of scientific approach could not match the Predictive Medical Astrology Zone. Medical Astrology is proven as a valuable diagnostic tool that leads to speedy rehabilitation and lasting remedies. Once a person knows what diseases he is likely to suffer from, he can prevent it from the start and live a long and healthy life.

The general law of karma works everywhere, without a break, all the time, and with scientific accuracy. It influences both the physical and the mental level, and it is a means of achieving universal justice and cosmic balance. It is a law that places every one of us in a position that enables lessons to be learned, lessons necessary for our spiritual development. Karma- means the good or evil that we have acquired in our previous birth (incarnation). In each incarnation, our past karma is activated and activation of all of it would overwhelm us both physically and mentally. Part of this karmic accumulation comes in the form of the disease and some negative shades then get included in the character of the individual.

Medical astrology is the section of astrology that trades with the birth chart in terms of one’s physical health. It is not intended to diagnose illness, which can only be done by a doctor, but is a useful tool for getting an understanding of personal health issues.

Medical astrology enables us to know the strengths and weaknesses of one’s body. It helps to know if the native is prone to particular disease states or nutritional insufficiencies—all based on the natal chart. The characteristics of the signs and planets can be linked to specific types of health problems and their influence on health.

The abnormal disorganization of process and function in the body, known as disease, is a constant problem that looms large on the mental state of mankind. Although the disease is always more or less connected with certain physiological differences from the normal, its real significance is seldom or never fully understood. It is only when a solution is sought that the true state of affair is unveiled. “When the native is not able to realize the true cause of his illness, he then approaches the astrologer” – Dr. KS Charak FRCS.

Astrology can help in two ways:

1. When adverse planetary influences indicate the occurrence of an ailment at a future date, and medical science has no clue about it.

2. It can some times indicate whether or not surgical intervention is going to help and when. In addition, it is possible that an astrologer may be able to point to a diseased organ or region when the medical man is finding it difficult to locate the site of the illness.

This is the strong area of an astrologer. Astrologer after reading a horoscope should be able to tell the time when a person is likely to fall ill. This may help the patient to take some preventive measures. For a physician, it is not possible to predict future illness. Certain diseases are genetic and may be expected to transpire in some of the blood relations of the native. This cannot be predicted with any degree of certainty based on the existing medical knowledge.

According to Jagnath Rao “We have seen cases where the person was declared fit, but only after a few years they became invalids.” The medical man was unable to foresee the calamity and could not give a word of advice as a forewarning. An hale and healthy individual dies suddenly of heart failure, and a person who is declared as a hopeless case by doctors survives, Why? What answer the doctor have to this question. They may say it is their fate, yes fate is true and the science of astrology helps us to know the one’s fate. So where is the harm in learning astrology and applying it to daily practice.”

The likely situation when the native is likely to have eye problems:

It may be noted that medical astrology, as, in fact, any other branch of astrology is a complex play of forces represented by the houses, the signs, and the planets. An understanding of these along with that of the operational periods or the dasa scheme is all that is required for a successful prediction. In practice, however, too many variables have to be considered. That is where the experience and judgment of an astrologer come into play.

(Contd:- Medical Astrology; How Astrology and your health is coupled? – Part 2)

4 Comments on “Medical Astrology; How Astrology and your health is coupled? – Part 1”