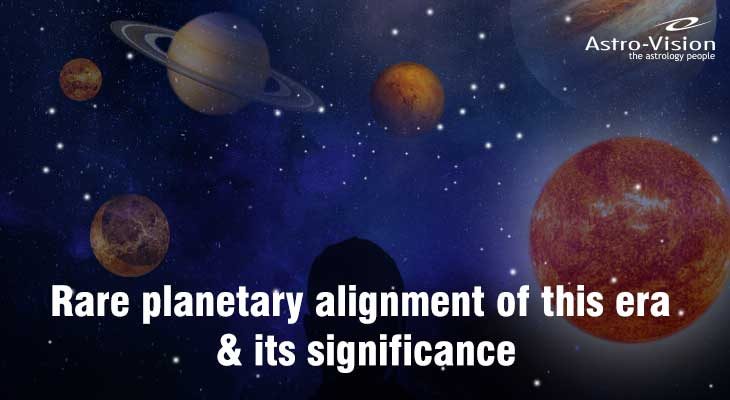 A rare planetary alignment has appeared in the zodiac from 10:30 am on 13 September to 2 pm on 15 September. This zodiac is roughly similar to the one at the time of Lord Rama’s birth in Ramayana.

In this rare planetary position, the Sun, Moon, Mars, Mercury, Jupiter, and Saturn will stand in its own houses, and Mercury will be present at its exalted house.

At this time, six planets will be present in their own rasi, and one will be in the exalted state. Since this is a rare and auspicious time, astrologers are studying it very closely to understand its significance.

A planet is strong and auspicious when it stands in its exalted house, relative’s house, own Drekkaanam, its own navamsaka and its own house. Also, it will be a giver of blessings.

There is no doubt that the planets will be beneficial when they are transiting through its own houses. Even if these houses are in unfavourable bhava in reference to the moon sign of a person, this alignment will reduce the adverse effects.

When the world is in disharmony, God creates favourable conditions and incarnations to save humans. This alignment must be something similar. During this auspicious time, it is good to worship the deities who are the symbols of the respective planets and chant the navagraha mantras.

Let us understand the deities mentioned for each planet

Worshipping all the above deities is auspicious. It is also good to chant the Navagraha hymns of each planet.

Let us spread the word on the significance of this rare auspicious time to as many people as possible, and pray for the good of the world.