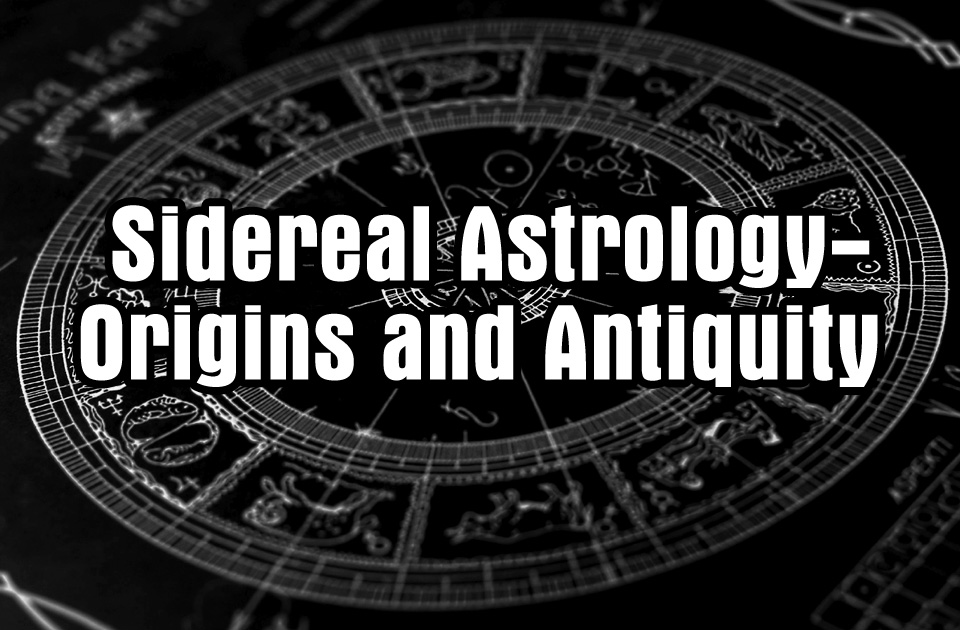 Pre-Siddhantic Astronomy
The details of Pre-Siddhantic astronomy lie in obscurity. We often base our arguments on speculation. K.D. Abhyankar divides the development of astronomy into four categories.

The observations were made with the help of a stylus. It is clear from Vedanga Jyotisha and Aitharaya Brahmana 18.18 and 18.22 that Vishuva Dina was in the middle of the year and the Sun reached the maximum altitude on that day. Vishuva Dina is the day on which the day and night have equal duration. Pre-Siddhantic astronomy was essentially stellar and Sayana in reckoning, though the starting star on the ecliptic changed from time to time.
When the Siddhantic period started there were variations. We get the Rasis now. Each Rasi consisted of 2 1/4 Nakshatras and measurement on the ecliptic was made from the point called Meshadi, a Nakshatra. What this star was is not exactly known and this has given rise to different Ayanamsas. Why did this change occur? Even in the Vedic literature, there is the mention of 12 divisions of the Zodiac.

The wheel of time having twelve spokes (months) revolves round the heavens, but it does not wear out. Oh Agni, 720 pairs of sons (days and nights) ride this wheel.

Thus the concept of the Zodiacal signs informally existed and was adopted to fit in with the concept of Nakshatras. It is likely that the Sayana system in which the distances were measured from the First Point of Aries was used for observing certain rituals.

When the Sun is in Mesha (Aries) or Thula (Libra) the day and night have equal duration and for the five months from Vrishabha (Taurus) onwards the days increase in duration.

At some stage Meshadi coincided with the First Point of Aries and thereafter the difference was not reckoned. In fact, it is very doubtful whether Indians used Sayana even in the early days for predictive purposes.

First of all let me discuss Ayanamsa. The claim that it was Hipparchus who discovered precession or it was not known before 134 BCE is not supported by any kind of evidence and is erroneous.

If we agree that the two Zodiacs coincided at Varahamihira’s time, the First Point of Aries was at 24° of Meshadi at the time referred to. It works out to about 1720 years when the astronomers who flourished at that time found the solsticial points by experimentation. The phenomenon of precession of equinoxes was known in India much before Varahamihira as there is a clear evidence for that.

K. D. Abhyankar suggests that it was Vriddha Garga who discovered precession in about 500 B.C. In fact the motion of Saptarishis as described by Varahamihira in Brihat Samhita is a riddle. According to Bernard, Saptarishis represented the solsticial colure. The solsticial colure is the great circle joining the North Pole, South Pole and the two solsticial points. Taking the Saptarishis to mean summer solstice and rishi as the Moon as given in Yajur Jyotisha and Nakshtara as that of the Moon, or a day, one can infer that the summer solstice shifted by 1 day or 1° in a century. According to this, the period of precession is 36000 years. Though Varahamihira gives a fanciful description of the seven sages in the sky, he probably knew esoterically that Vriddha Garga actually meant the precession of the equinoxes. (Bernard S in Hindu Astronomy (1869) reprinted by Caxton Publishers, New Delhi, 1951).

These observations show that the precession of the equinoxes was known in India much before it was discovered by the Greeks.

After Vedanga Jyotisha which is dated around 1500 B.C., the Siddhantas originated. The Pancha Siddhantika of Varahamihira discusses those of Brahma, Vasistha, Paulisa, Romaka and Surya. It is mentioned [P.S. 1.3] in the notes of T.S. Kuppanna Sastri thus:

From a dialogue between Surya and Aruna it can be learnt how these five Siddhantas were given to their respective recipients. According to tradition at the first instance Brahma saw this lore of astronomy embedded in the Vedas and extracted it in the form of Paitamaha Siddhanta. He taught this to his son Vasistha at the behest of Vishnu and again to Surya who was created with the express purpose of giving Time to the Universe. Vasistha gave this lore to his son Parasara, who gave the Parasara Siddhanta to the sages. Sage Paulisa taught this to sages Garga etc. and this is Paulisa Siddhanta.

Surya himself having born among the Yavanas by the curse of Brahma taught this science to Romaka and Romaka propounded it as Roma Siddhanta. This is the development of the five Siddhantas according to Indian tradition. Saura Siddhanta as given by Varahamihira does not agree with the later Surya Siddhanta. But Surya Siddhanta was given as upadesa to Mayasura. Ptolemy the Alexandrian astronomer is known as Turamaya and the Maya in the name suggests that Mayasura refers to him. Thus the Indian origin of Greek astronomy is also suggested.

Apart from tradition which cannot be dismissed outright, according to Vedanga Jyotisha, the Sun and the Moon came together in Dhanistha Nakshatra during winter solstice. Using this, the period is worked out by some scholars to 1300 B.C. It can be slightly different and roughly modified as 1500 B.C.

The constellation Ursa Major or the Great Bear can be considered to have Indian origin in nomenclature. It is a star and is called Riksha in Sanskrit. In Sanskrit Riksha means a bear and this is an instance of ill-copying of the Greeks from the Indian source.

The Rasis were known in India at the time of Srimad Ramayana as evidenced by the reference to Karkataka (Cancer) and Mina (Pisces) while describing the horoscope of Lord Rama. One has to conclude that the twelve Rasis with the stellar division were known to us much before the Greeks came to India. It should be noted that there is absolutely no evidence to show that Indian astronomy or astrology owes its origin to the Greeks. All that is only speculation. I have discussed it under the last section.

It is true that Sayana longitudes describe the equinoxes, solstices, phenomena of seasons etc. In India also they were followed for these purposes. After the two coincided the emphasis on Nirayana became greater and the old practices became extinct. Regarding predictive astrology, the Indians found that the predictions were accurate with Nirayana longitudes.Even in the days of Parasara only the Nirayana longitudes were used for prediction. The claim that the Tropical Zodiac is superior has no validity in predictive astrology. One can take any point of the Zodiac as the starting point. That which gives accurate results emerges as the successful candidate and this turns out to be Meshadi. This clearly indicates the need for revising the Sayana longitudes for predictive purposes and replacing them with Nirayana figures.

The Greek origin of Indian astronomy and astrology is an erroneous concept of the occidental orientalists who indulged in mischievous misinterpretation of Indian sciences without even understanding them completely. For example, Varahamihira gives the deities of planets thus: 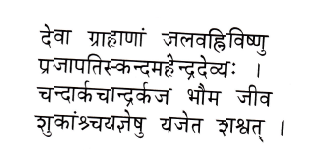 For the Moon, the Sun, Mercury, Saturn, Mars, Jupiter and Venus respectively water,fire, Vishnu, Prajapati, Skanda, Mahendra, Indrani are to be worshipped.

These are same as those given by Varahamihira. If Yavana is to be taken as Greek, this looks strange. When did the Greeks worship Vishnu? The work of Yavanesvara does not seem to be the work of the Greeks. We need a more appropriate interpretation. Varahamihira refers to Yavanas in many places. In Brihat Samhita he refers to them as Mlecchas. Who were the Mlecchas? One can interpret Mleccha as one who has low desires or you can derive the term from the root which means talk without clarity (Avyaktayam vaci). In either case it means a degenerate person or one who does not follow Sanatana Dharma. Varahamihira’s Brihat Samhita refers to Mleccha desa thus:

Nirmaryada, Mleccha, which are in the West.

From the description it refers to a principality in India, called Mleccha Desa. Perhaps, the Mleccha Desis did not follow the rituals and conventions of the orthodox people as we have seen that Yavana Jataka carries Indian thoughts and customs. One can unequivocally conclude that the Yavana Jataka is not a product of Hellenic or Hellenistic civilization. Even Tetrabiblos of Ptolemy does not have any similarity with standard Indian books. This shows that Indian astrology developed independently and not through the Greek influence. On the other hand there is evidence for the Indian origin of Greek astronomy. Surya Siddhanta is given as upadesa to Mayasura. Ptolemy is referred to as Turamaya in inscriptions.

The biggest fallacy amongst all such claims of the Greek origins of Indian astrology lies in assuming Yavana means Greek and Mleechas as meaning from the West (Europe). Perhaps those making these claims are not aware that the term yavana.

The term Yavana occurs 56 times in Mahabharata. It is said:

Arjuna subdued the king of Yavanas whom even Pandu could not vanquish.

The Mahabharata and the exploits of Aijuna deal only with the Indian sub-continent or Bharata Varsha. Arjuna never went to Greece to fight. Yavana Desa was a place within India (also known Mleccha Desa). The people here did not follow Sanatana Dharma and were also known as Yavanas. To identify the term Yavana with Greek always is absurd, as we have seen in the case of Yavana Jataka. The one-sided and highly prejudiced inferences of some of those claiming to have done research are responsible for creating such erroneous notions. They need to be dispelled. • (26-11)