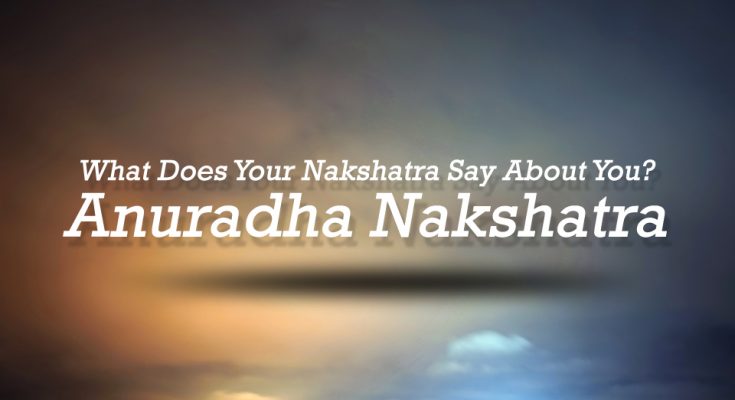 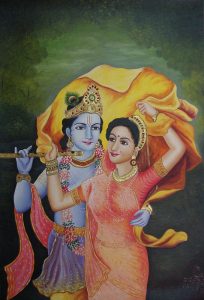 The ruling deity of Anuradha Nakshatra is Mitra and Radha who is the consort of Krishna. Mitra is one of the Adityas, which means son of Aditi (the mother of Gods). Mitra is often identified with Varuna and they both are believed to be born with flashing cloths. Adityas are the solar deities who are responsible for the natural phenomena. Mitra is identified as the one who constructs unity.

Mitra is a common name in many ancient cultures, including Persia, Rome and Mitra are often recognized as the pagan Christ who carries a lamb always on his shoulders.

The symbol of Anuradha is a lotus flower, which manifests the character of perseverance in adverse situations. Anuradha’s ruling planet is Saturn, which represents the hard work and discipline in life. This Nakshatra is in the sign of Scorpio, which is ruled by the planet Mars. In the natural zodiac wheel, Scorpio rules the 8th house which represents the emotional liberation, death, and rebirth of a person, money through in-laws and friends, loans, psychological issues, interest in astrology, magic, tantra, and ghosts. The people of this Nakshatra have a genuine interest in astrology and mysticism.

Even though the deity is Mithra, which represents the friendliness and friendships, Anuradha people often seem very goal-oriented and their outlook is almost friendly but they are very serious people in the relationships. The Martian and Saturn energy are making them often serious and giving too much of thrust to their perspectives when they are in a relationship. They are the go-getters and they will try whichever way suitable according to their ideas to get that goal. Like deal-making, business, trade, and international law. It is not an easy task to gain the trust of an Anuradha person.

The first pada of Anuradha Nakshatrafalls on Leo Navamsa and this is ruled by the Sun. The sun represents the self, one’s personality, and ego, and shines the light on ones’ individuality. These people never hesitate to express the qualities of the Sun, especially in relationships. When they try to effectively manage their ego they will find that they are progressing in the relationships.

The second pada falls on Virgo navamsa which is ruled by Mercury, this person may be very interested in communications, learning, and logic according to the qualities which Mercury signifies.
The Third pada falls in Libra navamsa ruled by Venus, and these people will exhibit the Venusian qualities. They have a great interest in music, arts, and mysticism. They can have an extravagant nature.
The fourth pada falls in Scorpio Navamsa ruled by Mars. These people will have an amazing energy level which makes them very action-oriented. They can even be very passionate and emotional.