Lord Shiva or Rudra is one of the principal deities of Hinduism. Shiva has considered the Supreme Being or Aadi Yogi. The God of Destruction, The Destroyer of Evil; Founder and establisher of Meditation, Yoga, God of Dance; Great among All Devas (gods), is worshipped throughout India and various parts of the world and many festivals and celebrations are marked to worship the deity. 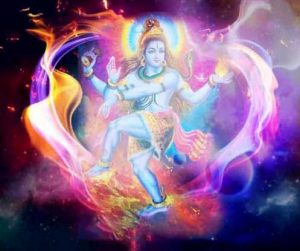 Arudra Darshan, also known as Thiruvathira Vrata is a very important holy ritual in southern India dedicated to God Shiva. It is prominently celebrated in the states of TamilNadu and Kerala and the festival is also observed with great joy in Lord Shiva temples in Singapore, Malaysia, Sri Lanka, Australia, and South Africa and in other parts of the world that have a predominant Tamil speaking population. It is said to be one of the most powerful holy rituals for Shiva devotees. The ritual is considered to bestow immense wealth, peace, and removes the sins of the present and past Janma.

This ritual is performed in the Tamil month of Maarkazi or Maargasira, (Margashirsha) the month of December-January as per the English calendar on full moon day or Purnima and Ardra nakshatra (Arudra or Thiruvaathira Nakshatra). It is strongly believed that the power and blessings of God Shiva are closest to the earth and showered upon on this particular day and time. The word Thiruvathirai in the Tamil language implies a ‘sacred big wave’ that was used during the creation of the universe by Lord Shiva and is also considered to be the longest night of the year.

Arudra Darshan, Birthday of Nataraja, Dancing Form of God Shiva, is a ritual concerned with the great dance of Shiva. This cosmic dance or Tandav signifies five eternal elements of the whole universe namely Shrushti, Sanrakshan, Sanhaar, Avataran, and Mukti. Ritual celebrations start with the worship of Nataraja by chanting the holy Vedas. Devotees throng together as part of the birthday celebration of Nataraja in Southern parts of India, whereas in other parts of the country the birthday of God Shiva is on Mahashivratri day. Arudra Darshan signifies the enormous capabilities and power of God and to seek his blessings.

Rituals of the Thiruvadhirai Vrata:

On the day of Arudra Darshan devotees get up very early in the morning and after taking bath and finishing the daily rituals, then visit the abode of God Shiva, offer prayers, Bilva Leaves, and powerful mantras are chanted which are derived from Taittariya Sanhita of  Krishna Yajurved and other sacred texts.

They make several offerings to God and perform ‘Rudra Abhishekam’ a ritual of giving a bath with milk and curd, called Panchamrut. The devotees must also witness the holy anointing ceremony of Lord Nataraj. It is a ritual to light up this abode of Lord Shiva with ghee lamps, and this Darshanam of the red flame.

On this day a special sweet called ‘kali’ and spicy dish of the multi vegetable dish ‘Thalakam’ and Thrimadhuram (a mixture of bananas, honey, and ghee) is prepared to celebrate the joy of seeing this cosmic dance of Lord Shiva. The devotees watch the complete ceremony of Nataraj’s processions with great delight.

On the day of Vrata, the devotees observe fasting for the whole day. They break their fast on the next day after finishing their worship and morning rituals. A ten days Brahmotsavam Festival is also celebrated in South India to mark the festival of Arudra Darshan.

This worship yields great wealth, good health, Prosperity, and all the Happiness in the world.