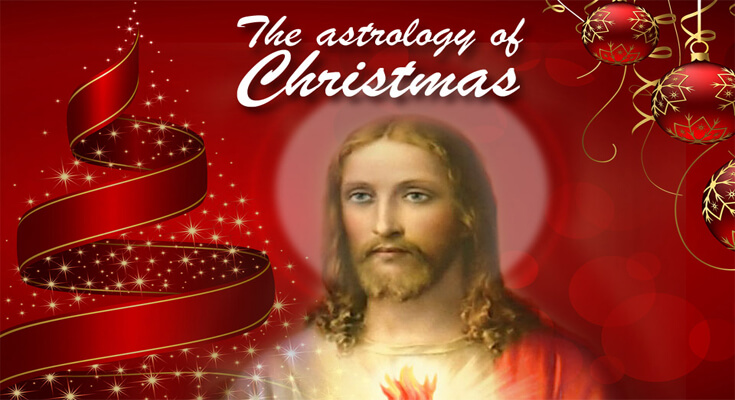 The Astrology of Christmas 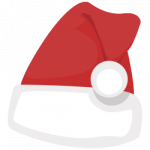 The annual festival of Christmas, observed commonly on December 25, is a commemoration of the birth of Jesus Christ. Christmas day is a holiday in most of the nations and is observed as a religious and cultural event. A large number of non-Christian communities also take part in the celebrations, making it the most popular celebration in the world next to New Year celebrations. In some countries, Christmas Eve celebrations on December 24 is more important than the observances on December 25.

The uncertainty of the date

The month and date of Jesus’ birth remain uncertain. The Western Christian Church had adopted the date December 25th by the early-to-mid 4th century which was later followed in the East too. Through December 25th in the Gregorian calendar has been almost accepted universally as the birth date of Jesus, some Eastern Christian Churches celebrate Christmas on December 25th of the Julian calendar. This corresponds to January 7 in the Gregorian calendar, the day after the Western Church celebrates Epiphany. Later, to make it universal, the Church declared the twelve days between Christmas and Epiphany to be one unified festal cycle, giving significance to both the Western and Eastern dates of Christmas.

The exact year of the birth of Jesus is still not known clearly and there have been no solid records regarding the same. Astrologers around the world have worked on it and tracing backward from the period of Crucifixion, they concluded that Jesus would have born anywhere between 5 and 7 BC. Some claim that the lord was born on March 1st of 7 BC, at 1:30 am in Bethlehem.

Various other theories are suggesting different dates viz. March 21, March 28, May 20, April 18, April 21, January 2, November 17 and November 20 as the birth date of Jesus. In the New Testament, there is no actual mention of the date of the birth of Jesus. The shepherds of Luke’s gospel (Luke 2:8) were said to have been tending their sheep in the field when they received the angelic proclamation of Lord’s birth. Hence, it is unlikely that Jesus’ birth could have happened in December, for the weather would have been too cold for them to be out in the fields.

The choice of date – December 25

Several factors might have influenced the selection of December 25 as the date of celebrating Christmas. At the beginning of the Christian Era, the Roman Empire who followed a religious belief constituting many gods and goddesses was the dominant force in Europe, the Middle East, and the Mediterranean. The Romans had a series of festivals near this date of the year. Hence, it might have decided to observe Christmas at this time of the year to compete with one or more of those festivals.

December 25 being the day marking winter solstice on the Roman calendar could be a reason for choosing this date. On this date, the Romans used to celebrate Dies Natalis Solis Invicti in honour of the Sun God Sol Invictus. On this solstice, the Sun enters the sign of Capricorn and starts its movement towards the north. Lord Jesus was identified with the Sun based on an Old Testament verse. Also, according to an early sermon by Saint Augustine, Lord Jesus was born on that day of the year where the daytime is the shortest and from which the subsequent days begin to increase in length. Moreover, December 25 comes exactly 9 months after the Annunciation (March 25) or the date of conception of Jesus.

The winter solstice marks the Sun’s transit to Capricorn, the sign ruled by Saturn. Hence, Saturnalia – the Roman celebration of worshipping Saturn coincides with the winter solstice. This festival was also attributed to a celebration of the rebirth of the Sun. By 4th century AD, Saturnalia was officially reset to be celebrated on the 25th of December. Later on, the church decided to keep this date as the official date of birth of Jesus.

December 25, the officially fixed birth date of Jesus Christ coincides with the return of the Sun at the winter solstice. This solstice marks the entry of the Sun into the sign of Capricorn whose ruling planet is Saturn. On this day the Sun appears to halt over the tropic of Capricorn and begins its journey to the North.

The relationship between astrology and Jesus’ birth has been well established by the fact that a “Star” guided the Magi or the three wise men who were travelling in search of the New King. It is said that the “Star” would have been a cluster of stars with the bright Jupiter at the centre. Uranus, Jupiter, and Saturn which are likely to be the guiding “Star” was in the sign of Pisces during the birth of Jesus. The Lord’s attributes of compassion and forgiveness are of course two salient traits of Pisces. The period also shows a grand trine that links Venus, Neptune, and Moon with Jupiter and Saturn, suggesting a period of high spirituality. On December 25 at the first hour, sign Virgo representing the Virgin Mary, the mother of Jesus Christ, ascended above the horizon.

Some astrologers have contradicted that Jesus was born in Bethlehem, Judea on March 1, 7 BC at 1:30 AM. This birth chart has a six-planet stellium in Pisces with five oppositions to Pluto and five tries to Neptune. A Complete Astrology Guidance at Your Fingertips!!!

Get it on PlayStore – INSTALL NOW

Jesus and the Sun

Various factors are linking Jesus to the Sun. Jesus was identified with the Sun based on an Old Testament verse. According to an early sermon by Saint Augustine, Jesus chose to be born on the shortest day of the year for symbolic reasons. He was born on the shortest day of the year from which the subsequent days start to increase in length symbolizing the increase of light. Lord Jesus was described as “the light of the world” by John. Also, there exists the idea that creation began at the spring equinox (March 25), with the conception or birth of Jesus on March 28, which is, in Genesis, the day of creation of the sun. For this reason, Malachi the prophet described him as the sun of righteousness.

The solstice on December 25 marks the transit of the Sun into the sign of Capricorn. During this time, the Sun appears to halt over the tropic of Capricorn for three days before beginning his journey to North, bringing the glorious light to the darkness of winter in the Northern Hemisphere. Capricorn was known to the Greeks as Augean Stables; convincingly the Sun is born in a stable.

The significance of the solstice

Unlike the modern-day, life in ancient times was much dependent upon nature and seasons. The myths and legends of ancient civilizations reveal much about their approach to life and the universe. The nights were devoid of electric lamps then and people could see the stars in the night sky. Thus astrology was developed as the science for analyzing the cosmic effects on nature and life.

The Romans followed religion of many Gods and Goddesses, including the Sun, Moon, Jupiter, Mars, Saturn, Venus and Mercury. Their key times of celebrations were the cardinal points of the seasons, the solstices in June and December and the equinoxes in March and October. These points were very important to the ancient society as they marked the change of seasons and the sowing/reaping of crops. These points also symbolized the stages in the development of the soul as they were considered as the stages at which the cosmos or the divine hand take a more active part in the lives of those living in the body of Mother Earth.

Astrologically, the two equinoxes (when day and night are equal) and the two solstices (when day or night is the longest) are the four important days of a year. In the Northern hemisphere, the most difficult day to survive is the Winter Solstice marks the longest night. While people regard the dark or night as evil and the day or light as good, astrology regards these two as the opposing forces equally important for sustaining life. However, for Christians, the belief that God came into the world in the form of man to renounce the sins of humanity, is the primary purpose of celebrating Christmas.