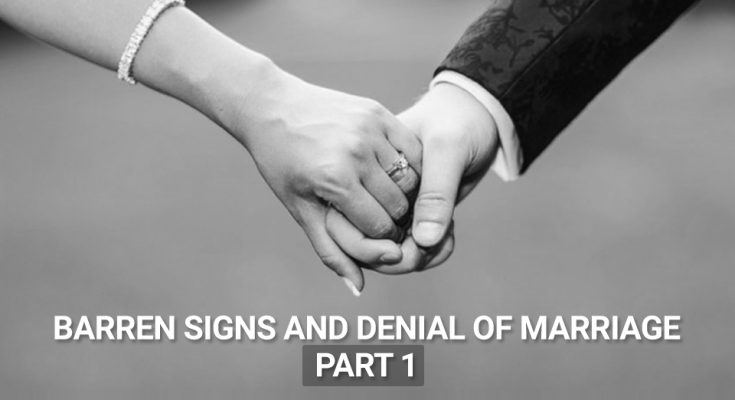 Definition of  marriage?
I would like to define marriage as the socio-religious sanction accorded to a man and a woman to give expression to the natural instinct of propagation and with a view to start a family in accordance with the mores and cultural values of the community to which one belongs and for its welfare and prosperity. This paper attempts to examine each aspect of this definition astrologically and work out practical norms to explain and predict the extent to which this definition finds expression in a given horoscope.

The basic components of this definition are that marriage:-

(a) Has to be a social ceremony;
(b) Should have religious sanction; and
(c) Should be accepted by both families and the community.

The marriage is aimed at enabling the couple set up a family and hence the 4th house becomes important. The family unit builds up an ambience of relations and hence, the 2nd house enters the picture. This unit gets into an environment of relations and neighbours and hence, the 3rd house. Finally, the ceremony changes the status of the two people involved and as such, the 10th house becomes relevant. Besides, the 11th house, the house of aspirations and friendship, is very closely connected with marriage. It thus becomes evident that almost the entire horoscope has to be studied.

The left out houses denote the negative factors that would mark the marriage and these are the 6th, 8th and 12th houses. The only remaining house, namely, the 5th is really of paramount importance because, besides denoting the expression of libido, it also denotes the very purpose of the marriage, that is propagation. The important point that I want to drive home is that while examining the question of marriage we should study the entire horoscope and not merely the 7th house. This paper, therefore, attempts to crystallize in precise terms the answers to the most common questions an astrologer faces while examining the subject of marriage.

The first and the most important point an astrologer should examine is whether the native will marry at all and this is no easy task. Let us, therefore, first examine this question.

Classification of Signs
Firstly examine the distribution of planets in signs classified as fruitful or otherwise. The 12 signs of the Zodiac can be classified as:-

In the preliminary analysis take into account all the planets including the shadowy planets Rahu, Ketu and Mandi. If the majority of planets are in fruitful and semi-fruitful signs, then the chances of marriage are more. If two-thirds of the factors are so placed, it is almost certain marriage will take place. If the converse factors are stronger, then marriage is not possible. 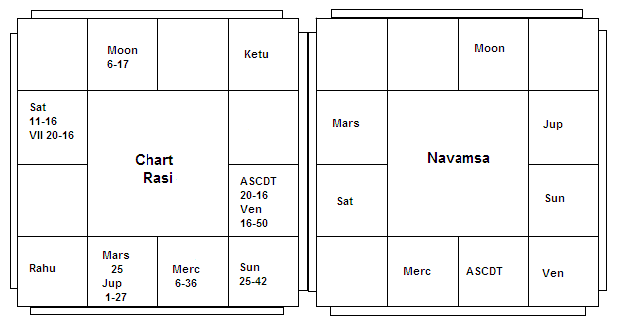 The 7th lord Saturn is in the 7th in Aquarius in Chart 1. The mid-point of the 7th is obviously 20° 16′ Aquarius. The sign Leo is barren, the lord of the Ascendant Sun is in Virgo, barren again. The Ascendant degree and its mid-point fall in Poorvaphalguni ruled by Venus who is in Leo, a barren sign. Venus is also in the same Nakshatra whose lord again is Venus himself placed in Leo, a barren sign. The Nakshatra of the mid-point of the 7th and that occupied by the 7th lord Saturn is the same Satabhisha, whose lord Rahu is in Sagittarius, which is a semi-barren sign. But Saturn and the 7th mid-point are in Aquarius which is a semi-fruitful sign.

After you have made this two-fold examination you will have a fairly good idea whether one will marry or not. After that, if you find the dominance of barren and semi-barren signs in the first two examinations then check, in both male and female horoscopes, the position of the Ascendant lord, planets in the 7th, Venus and the luminaries. In the case of a female chart, particular attention should be paid to Mars as he indicates more about the marital position. In the case of men, check carefully on the position of the Moon and Venus. Saturn is the main planet indicating delay or denial and his position should be examined carefully.

2 Comments on “Barren Signs and Denial of Marriage – Part 1”