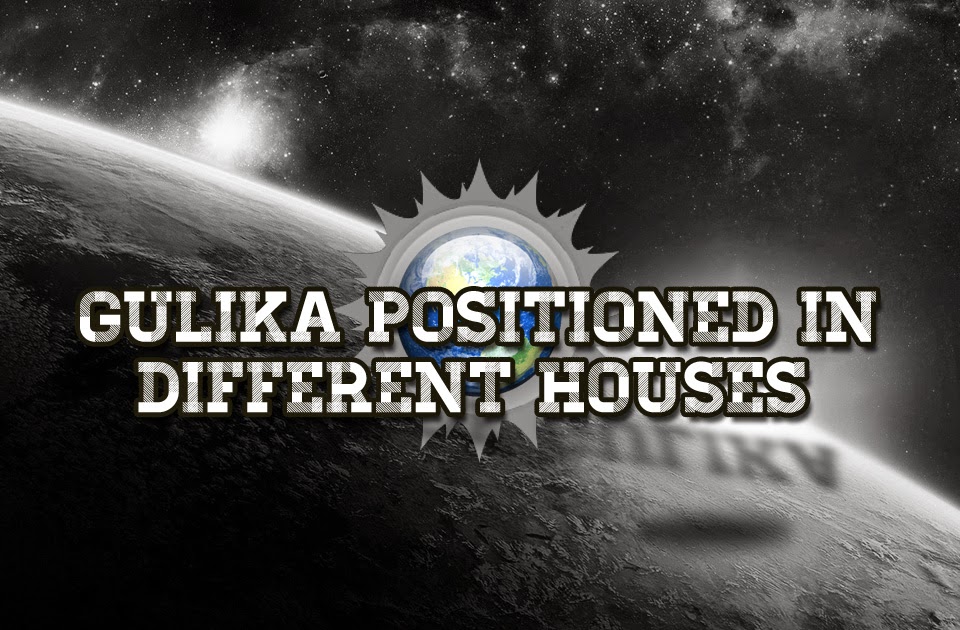 Conventional wisdom tells us that activities performed at certain times of the day yield good or bad results. This happens due to predominant universal influences.
It is said that anything that happens in the Gulika period will be a repeat. It is not considered auspicious for marriage, and in the case of the unfortunate incident of death, you are advised to postpone the cremation till such period is over. Also, there will be a considerable amount of delay and lack of success in whatever you do during this period. However, Gulika period is a favorable period for trading, moving to a new house, undergoing treatment, using jewelry, the study of Vedas, etc.
When Gulika joins Sun, it is unfavorable for father, and if it joins the moon, it affects mother, with Mars it implies parting from siblings.
When it is with Mercury, mental disturbances, with Jupiter it creates hypocrisy, with Venus there will be immoral character and with Saturn leprosy and short life are the results.
The association with Rahu will lead to poisoning and with Ketu, there may arise physical handicap.
Gulika creates all types of ailments and miseries and destroys the Bhava in which it is located. When associated with other planets Gulikan wipes out their benefits and maximizes the bad effects.
According to some scholars, the lord of the sign-in which Gulika exists becomes malefic if the birth occurs either in any of the triangular signs in which Gulika exists or in Gulika Navamsaka sign.
The Gulika period which is the origin of every sorrow and sin is, in fact, considered good for trading, moving to a new house, undergoing treatment, using jewelry, the study of Vedas, etc.