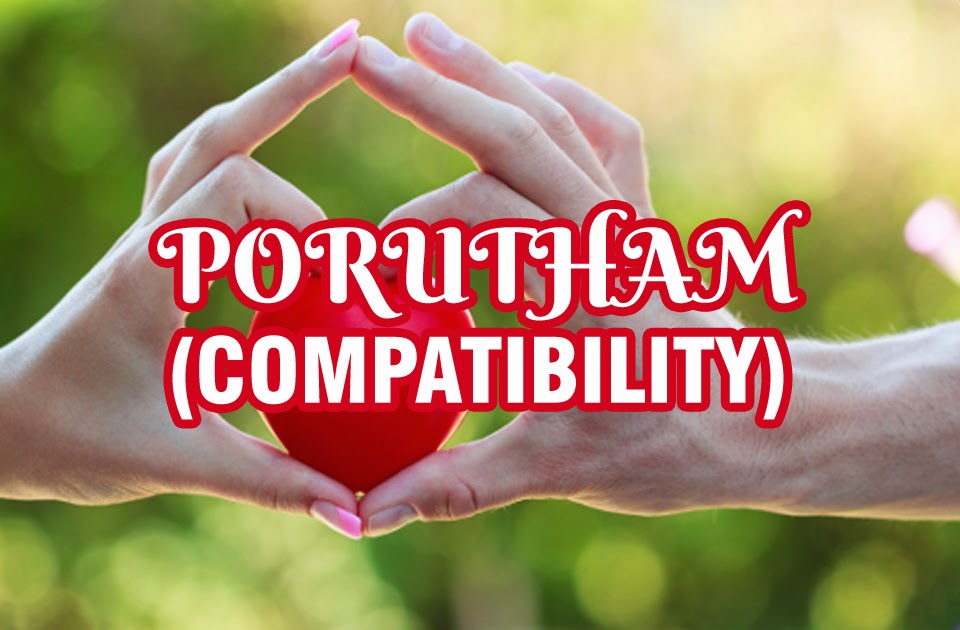 Compatibility for marriage is checked considering the birth stars as well as the horoscope of the couple. Though there are 28 types of compatibility, mainly 10 of them are considered.The star compatibility is determined with the star of the girl taken as the reference and checking the various points of matching with the boy’s horoscope.
Rasi, Rashyadipathi, Dina , Yoni, Vashya, Ganam, Mahendram, Sthree deerga are the important  poruthams. Madhyamaraju and Vedha are the main doshas. Absence of dosha can be counted as a point of porutham.
Male horoscope is matched against the female horoscope which is taken as the base reference.
Rasi porutham
The compatibility is checked on consideration of the Moon sign. That is, considering the stars. Male born on 1, 2, 3, 4, 5, 6 signs should be avoided. Still, 1 and 4 signs can be taken as medium. Male born on 6th or 8th signs from the female sign should be definitely avoided. This dosha is called ‘Shashtashtama’. It means both 6th and 8th signs to each other.
Even though shashtashtama, if the lords of both signs are the same planet then the dosha is minimised.
Besides, if the female sign is Oja sign (Mesha, Midhuna, Simha, Tula, Dhanu and Kumbha), then male born on 6th and 8th signs is not entirely bad. But if the female sign is Yugma (Mesha, Karkataka, Kanya, Vrischika, Makara and Meena), then it is better to avoid man born on the 6th sign from the female sign. However, male born on the 8th sign is acceptable.
If the man and woman are born in the different stars of the same sign then marriage is possible. The male star should be behind the female star. This is called Ekarasi-dwi-nakshatram.
Marital relationship between girl and boy having the same stars of Bharani, Rohini, Thiruvathira, Pooyam, Ayilyam, Makam, Atham, Thrikketta, Moolam, Pooradam, Avittam, Chathayam is considered disadvantageous. This is generally called Ekanakshatra Dosham and is applicable to above 12 stars. The rest of the 15 stars can get married even if they belong to the same star. If both form the seventh sign for each other then there is Samasapthamam porutham. This is considered as the best.