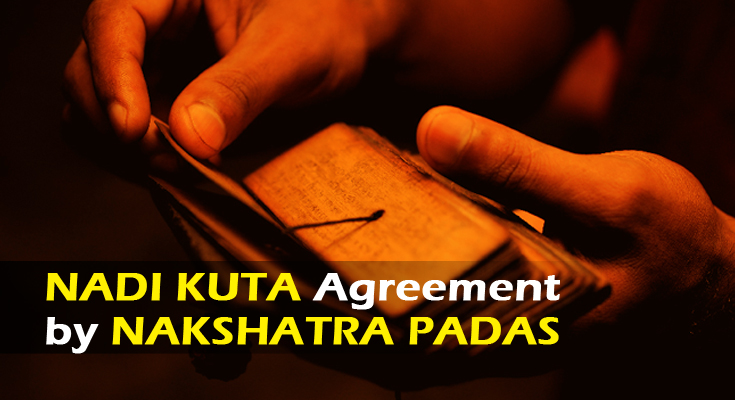 Matching of horoscopes is a sine qua non for arranged marriages in India. Even couples who want to have a love marriage consult astrologers as they are anxious to know the chances of success of their marriage. I have instances of personal friends, not only Hindus but Christians and Muslims, who consult me on horoscope matching though I am not a professional astrologer.

I have been a student of Dr. B.V. Raman, the Bhishma Pitamaha of astrology from 1986 through his books. I also had the good fortune of two charming personal brief meetings with him in one of which in the 1990’s, he presented me his book Hindu Astrology and the West. In several of Dr. Raman’s books, matching horoscopes for marriages is dealt with exhaustively. The main book I refer to when I have to match horoscopes or fix a Muhurta for a marriage or other auspicious occasion is Dr.Raman’s Muhurta or Electional Astrology according to which the compatibility of the Nakshatras of the bride and bridegroom is done as the first step. Since there are 27 Nakshatra, every person is a part of one twenty-seventh of humanity. One is matched with another from another one twenty- seventh, there being 27 Nakshatras only. This is only the first level matching. The Nakshatras are matched based on 12 factors as per Dr.Raman but only 10 are taken into account in Tamil Nadu and declared as fit or unfit.

Dr. Raman emphasizes that individual horoscopes have to be matched. No horoscope should be rejected just because of various Doshas like Mars in the 7th house known as Kuja Dosha.

This paper deals only with Nadi Kuta matching. Nadi Kuta is the factor considered “the most important and at the same time most significant Kuta” in the words of Dr. Raman. This factor is considered important for the health of the couple, for progeny, mental matching, etc. Dr. Raman states that Nadi or ‘humour’ means pulse or nervous energy, a meaning which is agreed to by all ancient works on astrology from Brihat Parasara Hora Sastra onwards.

Ancient Indian Hindu medicine speaks of three Nadis-Vata (wind), Pitta (bile) and Sleshma (phlegm). Some writers call them as Aadi (First), Madhya (Middle) and Antya (Last) colloquially, but the terminology of Dr. Raman is classical and will be used here. The different Nakshatras for the three Nadis are as shown in the Table below

Generally, matches are considered compatible if the Nakshatras fall in different rows. They should not belong to the same Nadi. (Muhurta or Electional Astrology, page 78). Dr. Raman gives a ray of hope to those whose horoscopes are rejected based on this first round. He urges matching them based on Nakshatra Padas rather than taking the Nakshatra as a whole. If at least based on this there is agreement, then the horoscopes can be matched. He has developed a Table for this but the whole Table has not been given {ibid, page 78). The Table runs up to Rohini after which it is left to the reader to develop it further. I have completed the Table to cover all the 27 Nakshatras based on the principles given by Dr. Raman. He has’, stated that beginning from Aswini the counting should be done forwards and backward in threes. I have done this as it will be a ready reckoner and will enable one to judge at first glance whether the match will pass muster.

Get your free Nakshatra predictions

I hope that this will allow at least a few more alliances to progress towards marriage which would otherwise get stalled on Nadi Kuta disagreement alone. There are other exceptions to Nadi Kuta disagreement also, which Dr. Raman himself has listed. I am not going into these exceptions since this paper is written for the purpose of the Ready Reckoner Table based on Nakshatra Padas. • (67.18)