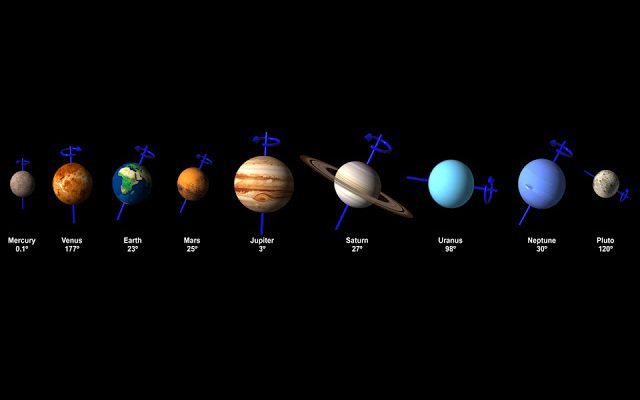 The objects that revolve around sun and do not produce light on their own are called planets.

The very basis of Indian astrology is the nine planets.

Apart from the aforesaid nine planets there is a planet called Gulika (Maandi) as well. Gulika is an astrologically significant planet.

1) Saturn
Saturn is situated the farthest and highest from Sun. The distance from Saturn to Sun is said to be 88,72,00,000 miles.

7) Moon
Moon moves around Earth. Therefore, the distance between moon and sun cannot be estimated correctly. The distance from moon to earth is 238850 miles. The moon with a diameter of 2158 miles is smaller than mercury.

9) Rahu and Ketu
These are not real planets but are shadow planets. These are points where the earth’s transit cuts the moon’s transit. They move between the paths of Saturn and Jupiter. When all the planets move forward they move backward. These are imaginary. They take 18 years to complete one revolution around Sun and they remain in one Rasi for 1 ½ years.