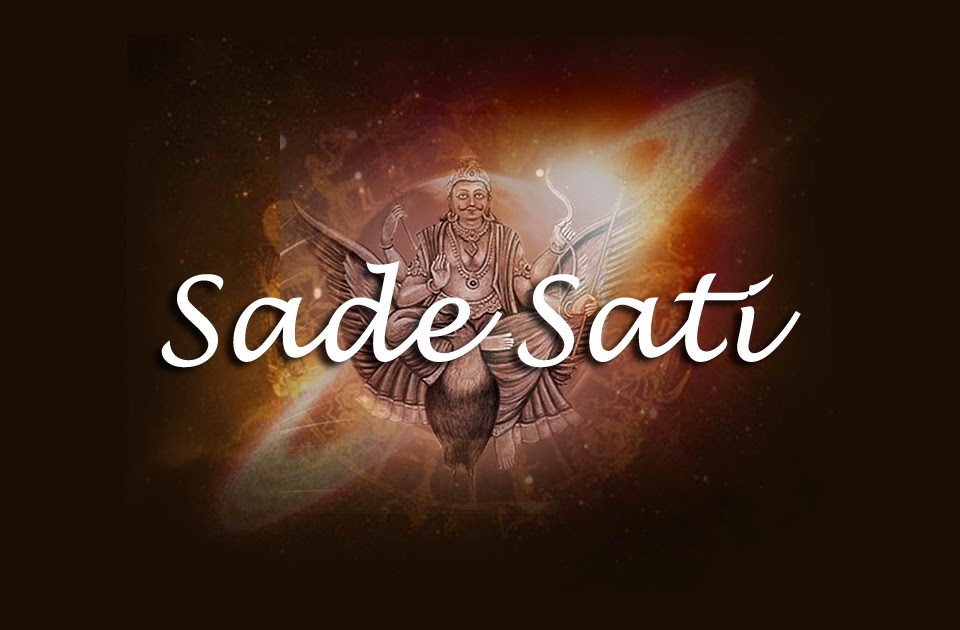 A horoscope chart indicates the position of planets at the time of birth. As we know, the celestial bodies (planets) are in continuous motion; their movement through critical areas of the horoscope imparts some effects on the life of the person. For example, Dashas indicate the effects of planets on the individual from time to time. Each Dasha is controlled by a planet which indicates the certainty of events in the individual’s life. Also, by knowing the transit of planets we can predict the events accurately.

SadeSati is primarily associated with the transit of Saturn and its corresponding effects on the native’s life during the period. In a Vedic horoscope chart which generally consists of twelve houses, it takes approximately two and a half years for Saturn to transit through each house. Its transit through three houses at the twelfth, first and second position from the Moon, lasts for a period of seven and a half years. (2.5 years X 3 houses = 7.5 years). This is called SadeSati of Saturn and is generally considered to give adverse results.

SadeSati of Saturn occurs once in every 30 years in the lifespan of a person, and he/she may experience it 2 or 3 times in his/her life. The first SadeSati that occurs at an earlier period (during childhood) in the lifetime of the individual may affect his/her father and mother. The second SadeSati creates critical events in a person’s life. It tests the person’s fortitude and, in its course, makes him/her refined in character and behaviour. Usually, major happenings such as a change in profession, marriage, building home, travel abroad, etc. falls in this period. The third and final SadeSati can be the time, for the individual’s soul, to move to eternity.

Within the SadeSati, the individual will be most affected when Saturn moves through Janma/Birth Rashi. The final two and half years will be the least affecting period in which Saturn passes through the second house of the Janma Rashi. The effects of SadeSati depend on the position of Saturn in an individual’s horoscope. If Saturn is positioned in own house or exalted house (in Makara, Kumbha or Tula) the intensity of SadeSati can be less.

To decrease the intensity of SadeSati, some remedial measures have been suggested. Worshipping Lord Sani, observe fasting (Vrat) on Saturdays and chanting Panchakshari Mantra (Om Namah Shivaya) are some of them. Also, it is advised to avoid arguments with elders or boss, traveling at odd times or with strangers, socializing or frequent visits to friends’ homes, etc.