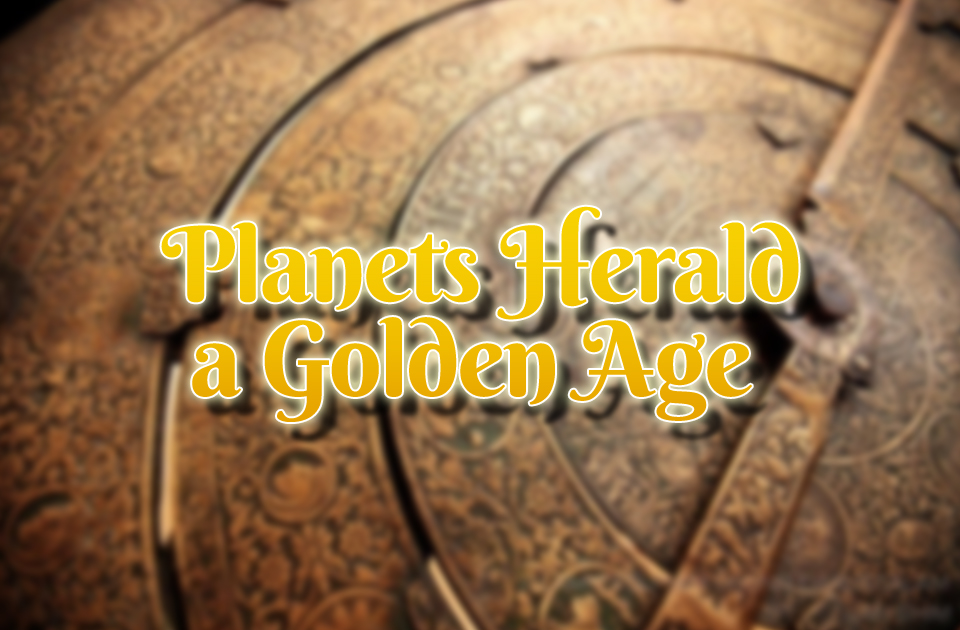 IN the Brahma-vaivarta Purana 4.129, Lord Krishna speaks to Mother Ganga on the events which would soon come to pass after His departure from Earth. Mother Ganga gets disturbed by the Lord saying Kali Yuga, the Age of Discord, was swiftly approaching and wonders who would protect her. Lord Krishna mercifully puts her fears to rest with the following words:

“O Ganga Devi, on the earth 5,000 years of Kali will be sinful and those sinners will deposit their sins in your waters by bathing. Thereafter by the sight and touch of those who worship Me by My mantra, all those sins will be burnt. O Ganga Devi, the whole planet will become a site of pilgrimage sight by the presence of Vaishnavas, even though it had been sinful. That which purifies all is imbued within the heart and soul of My elects eternally. Mother Earth becomes pure by the dust of the feet of My devotees. For 10,000 years of Kali such devotees of Mine will fill the whole planet. After the departure of My devotees there will be only one varna (mleccha or outcaste). Devoid of My devotees, the earth will be shackled by Kali.”

The astrological configurations for the descent into Kali’s Age are described in the Srimad Bhagavata Mahapuran (12.2.31).It states that Kali Yuga will begin when the constellation of the sapta Rishis (The stars of the Seven Sages or Ursa Major) lunar mansion of Magha Nakshatra (Regulus) located in Leo. Vedic astrologers have calculated that this occurred at 2h. 27m. on February 20, 3102 BC. some 36 years after Lord Krishna gave the world the Srimad Bhagavad Gita on the battlefield of Kurukshetra. Therefore, the initial 5000 years of Kali Yuga, which were so full of darkness and confusion, may be said to have ended in 1898.

Scholars point to the present-day global acceptance of Vedic civilization and culture as certain proof of a grand upliftment in world consciousness. The recent phenomenon of the world-wide popularity of Vedic astrology provides still further evidence. When DR. B. V. RAMAN began bringing out THE ASTROLOGICAL MAGAZINE and writing his volumes in English in the 1930’s, it was unthinkable that a Westerner would study, what to speak of practice, Vedic astrology and culture. Today there are astrologers from the West in every part of the world.

Throughout the world many believe that a New Age is swiftly approaching. The Gaudiya Vaishnavas in the disciple line of succession from Sri Chaitanya Mahaprabhu, often refer to this coming event as a “Mini-Satya Yuga” within Kali Yuga. Predicted by Sri Chaitanya some 500 years ago, it is a coming age of 10,000 years that sits like an island in the murky sea of Kali Yuga. Scholars point to the present-day global acceptance of Vedic civilization and culture as certain proof of a grand upliftment in world consciousness. The recent phenomenon of the world-wide popularity of Vedic astrology provides still further evidence. When DR. B.V. RAMAN began bringing out THE ASTROLOGICAL MAGAZINE and writing his volumes in English in the 1930’s, it was unthinkable that a Westerner would study, what to speak of practice, Vedic astrology and culture. Today there are astrologers from the West in every part of the world.

Now that the initial phase of 5,000 years of Kali Yuga has passed and the Golden Age is presently gathering strength, there are certain significant heavenly events, described below, which have marked the inauguration of the promised event.

According to Dr. Raman’s 300 Important Combinations, Gola Yoga (#97) “requires the presence of all the planets in a single sign.” Sometimes Gola Yoga will appear in the heavens before the occurrence of Yuga Yoga (#96) which is seen when all seven planets gather in two signs. Gola means “ball,” but the understanding is “universe” as in “great universal changes.”

After the appearance of Gola Yoga, a new period allegorically compared to a Yuga commences as seen through the next step or Yuga Yoga. This is typically initiated when the swiftest of planets, the Moon, rushes out of the planetary meeting. This Gola Yoga phenomenon wherein all the seven planets (plus Ketu, the South Node of the Moon) met in one sign— Capricorn—was last observed on February 3, 1962 in Capricorn. That Gola Yoga continued until February 5th when the Moon moved into Kumbha or Aquarius. When the Moon broke the alignment of planets, by moving into Aquarius, the next step or Yuga Yoga appeared in the heavens. This most significant Gola Yoga marked a sort of resetting of the Universal clock. It imperceptibly began slowing the allegorically rotating fan of Kali Yuga and pointed to the promised mini-Satya Yuga.

The time clock in Kali Yuga is set in such a way that planets move at a relatively higher motion. Even slow-moving planets like Saturn (the Manda or “slow one” who stays in a sign for 2 1/2 years) and Jupiter (who remains in a Rasi for about a year) sometimes appear to speed up. Saturn is the planet of the working classes, of the nameless masses and of base metals like iron. Therefore he is the governing Graha for Kali Yuga, which is also called the Iron Age. Jupiter is the planet of Dharma and along with the Atmakaraka Sun rules gold. Jupiter is the governing Graha for Satya Yuga or the Golden Age.

Periods in Kali Yuga appear to be defined by the opposing mutual aspects of the iron-like Saturn and golden Jupiter. The titans tend to repeatedly oppose one another from particular signs until they move into the neighboring two signs and oppose one another again. At the beginning of Kali Yuga, single conjunctions and oppositions were the rule, but multiple oppositions and conjunctions began to occur with greater frequency in two consecutive signs. But even more significant and rare are the Saturn-Jupiter conjunctions in three consecutive signs which happened from 1950 to 1953. These were: 1950 – Jupiter in Aquarius and Saturn in Leo; 1952 – Jupiter in Pisces and Saturn in Virgo; 1953 – Jupiter in Aries and Saturn in Libra.

Oppositions of Saturn in Libra and Jupiter in Aries have become commonplace in the 20th and 21st centuries as these two signs rule the 1st and the 7th houses. The 1st house signifies the “self’ while the 7th represents “others.” Hence, when the titans occupy the 1st and the 7th the meeting stands for the monarchy and the plebeians; or the corporations and the ordinary folk; the “I” and the “You” factor; the Godhead and the individual ego. Over the past 2 1/4 centuries the most frequent Saturn-Jupiter oppositions have occurred either in the axis’ of either Aries-Libra, Virgo-Pisces or Gemini- Sagittarius. The cycle of these three particular oppositions instigated towards the end of the 18th century will slow down around 2040. At that time we will observe two consecutive Yuga Yogas. These world-shaping planetary alignments will occur within one month of each other in 2040 on September 5th and October 5th. After October 9th, 2040 oppositions between Saturn and Jupiter will become infrequent and short-lived.

Chaos before the Onset

The future is nothing but the cyclic repetition of the past. Today the wheel of time is set to duplicate the positions of Saturn and Jupiter at the beginning of the 20th century. There will be conjunctions of Jupiter and Saturn in Capricorn off and on during 2021-22. Then there will be the opposition of Saturn and Jupiter from the signs of Libra and Aries in 2029 and again in Scorpio and Taurus respectively in 2030. Saturn will be debilitated in Aries after 2027 and this situation always leads to self-appointed power-hungry individuals wreaking havoc upon the world.

After 9th October 2040 oppositions between Saturn and Jupiter will become infrequent and short-lived Furthermore, consecutive sign conjunctions of the two titans will no Imger be the rule of the day. These serve as optimistic yet certain indications that the horrible wars today caused by nations in “opposition” (or the victimizing of helpless nations by Super Powers who wish to oppose helpless nations) will diminish.

Saturn and Jupiter will find themselves opposed in the fixed axis of Taurus-Scorpio in 2030, something the world has not seen for 2 1/2 centuries. This is a sign of imminent change throughout the world. The years following 2030 will be crucial, a situation that can only be rectified by India’s gift to the world in the form of the spiritual movements.

Many wars will be fought before the promised goodness of Jupiter prevails until the next two rare consecutive Yuga Yogas in 2040 which will occur within a month of each other on September 5th and October 5th). On September 5th the Grahas will meet in Leo and Virgo. That Yuga Yoga which will be the longest one possible lasting for five days. By the nature of this alignment, we foresee that Virgo-ruled agriculture giving way to peace, beauty and harmony—qualities consistent with Libra—will eventually prevail. After 9th October 2040 oppositions between Saturn and Jupiter will become infrequent and short-lived. Furthermore, consecutive sign conjunctions of the two titans will no longer be the rule of the day. These serve as optimistic yet certain indications that the horrible wars today caused by nations in “opposition” (or the victimizing of helpless nations by Super Powers who wish to oppose helpless nations) will diminish.

Then from 2041 onwards the long-anticipated mini-Golden Age of Satya Yuga wherein Sanatana Dharma will gain strength. Mankind will become more unified by the wondrous teachings of India’s great sages and gain further ascendancy. The planetary positions examined so for confirm that the prophecy of Lord Krishna as spoken to Mother Ganga will soon come to pass. •