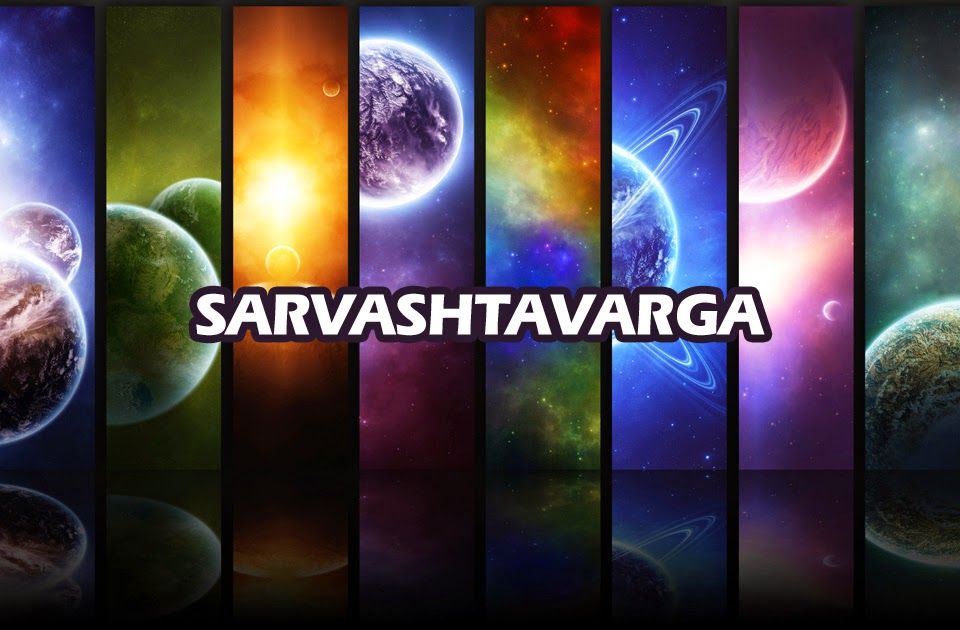 Adding up the benefic points obtained by different signs (houses), we get what is called as the Sarvashtavarga. This gives a clear view of the relative benefic or malefic (also strength and weakness) of different houses in numerical terms.
A maximum of 56 benefic points is possible in a given sign in the Sarvashtavarga charts. 28 is considered as the average strength. If it is more than 28 then, this makes the house progressively strong, less than this makes it progressively weak.
The given table indicate benefic points contributed to the various houses as considered from each of the seven planets and the Lagna. These may be used to make a Samudaya Astakavarga chart.

For example
The above Samudaya Ashtakavarga chart shows, which signs give auspicious results, and which become inauspicious.
1. Here Kumbha has more points (37), and this period will confer maximum benefit for the native.
2. The Vrischika with 17 points, will not confer full benefit for the native and he/she will have a difficult period. The native will go through mental agony and other issues.

Previous –  The Ashtakavarga of Venus (Sukrashtakavarga)

2 Comments on “Sarvashtavarga or Samudaya Ashtakavarga”