As we all know the main pillar of Vedic astrology is 27 nakshatras which are commonly known as the lunar mansions. When a child is born Moon will be with any of this 27 nakshatra and that will be our birth nakshatra. These 27 nakshatras are known to be the wives of Moon.

As per Markandeya Purana Moon is the son of Sage Atri and his wife Anasooya. According to Brahma Vaivartaka Puranam, these 27 nakshatras are the daughters of Daksha Praja pathi, Chandra was partial to Rohini amongst his wives. Daksha Prajapathi was angry with this cursed Chandra and he started waning and waxing causing damage in his luster which Chandra was very proud of. Finally, Lord Shiva came to the rescue of Chandra and after that, he stays with every wife only for a maximum of 2 1/5 days.

Ashwini/Aswathi nakshatra’s symbol is the horse head, the deity is Ashwini kumara’s who the physicians for the gods are. They perform healing and this star represents the healers especially with medicines. Ashwini Kumaras are believed to be born from Surya through his wife Sanga.

This is the first nakshatra of zodiac belt in the very first Rashi Aries 0.00 degrees to 13.00 degrees. It is ruled by Ketu which the south node of Moon. Aries is the sign where Sun is exalted at 10 degrees, so those people who born between April 14 to 28th can be seen as seem to very calm but they are very stubborn due to the exalted Sun. The exalted sun would give the native fearless nature and strong will-power. The person would be highly ambitious and possess good leadership qualities. He would attain high laurels in life and would be highly successful because of exalted Sun or Surya in his horoscope.

The symbol of this nakshatra is horse head you will see that an Ashwini/ Aswathi nakshatra person is always action-oriented. Even if not Moon, those people whose ascendant / Lagna in Ashwini/aswathi also will be very action-oriented. They are of course go-getters. They love independence and they seem to be very mature at a very early age.

The nature of the Ashwini/Aswathi native will change according to the padha which the Chandra sits. The first padha person can be very aggressive and this aggressiveness will become less for a person in 2nd 3rd and 4th padhas. The native in 4th padha can even have the characteristics of the next nakshatra which is Bharani 13. 20’ to 26. 40 degrees of Aries. 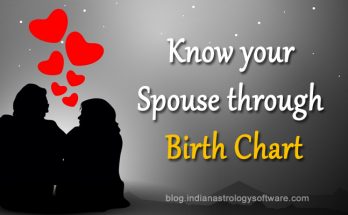 5 Comments on “What Does Your Nakshatra Say About You? – Ashwini Nakshatra”