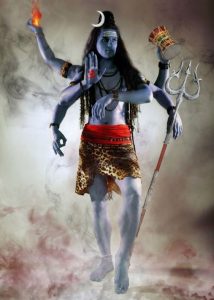 This Nakshatra spread between Capricorn and Aquarius constellations, which is ruled by the planet Mars. Represented by Damru, the musical instrument of Lord Shiva, this Nakshatra is known for their musical abilities.

Dhanishta, consist of small groups of four stars in the constellation known as Delphinus (the Dolphin). These four stars are arranged in a quadrilateral shape, which the ancient seers thought it signified a drum. These stars are known as Alpha-Delphini, Beta-Delphini, Delta-Delphini, and Gamma-Delphini.

People born in this Nakshatra are Liberal minded, practical, rich, powerful, courageous, empathetic and compassionate. Dhanishta Nakshatra is known as the “Star of Symphony”. The symbol is a musical instrument called damru. People born in this Nakshatra usually live a luxurious life, have a love for music and have talent in singing. They are people possess the gifts of insight, listening, and perception of truth. They also interested in knowing about spiritual and occult knowledge. These people like to socialize and we can always find them in a group.

Ashtavasus are ganadevas, who were born to Dharma and Vasu, the daughter of Daksha. Some scriptures also have a version that they were the children of Kashyapa. Mahabharata Adiparva Chapter 65 verses 17, 18. But as per Vishnupurana, Ansh 1 Chapter 15, their names are Apa, Dhruva, Soma, Dharma, Anila, Anala, Pratyusha, Prabhasa, and as per Bhagavata, they are Drona, Prana, Dhruva, Arka, Agni, Dosha, Vasu, Vibhavasu. According to Harivansha, they are Akha, Dhara, Dhruva, Soma, Anila, Anala, Pratyusha, Prabhasa. It is assumed that they are the same set known by several names.

A person born in this Nakshatra is of good behaviour, practical, rich, powerful and kind-hearted. People born in this Nakshatra are generally lean and tall, with good ability to resist contagious diseases. These people get angry and are determined to crush the offender with all their might. These people need to take proper care of their health, as they tend to neglect their health problems until they reach the extreme stage.

Moon in Dhanishta: Wealthy, liberal in gift-giving, charitable, daring and rash in action, controversial, fond of music and poetry, mystical, difficult to convince of anything, troubles or delay in marriage, several mates, obstinate. The moon in Dhanishta indicates a person who possesses material wealth and property. They need fame and recognition and are good leaders, but they can be greedy and self-absorbed. They are musical and good at dancing and like to travel. They can also experience marital difficulties. They are patient, suffering, royal life, enduring, revengeful, brave and social.