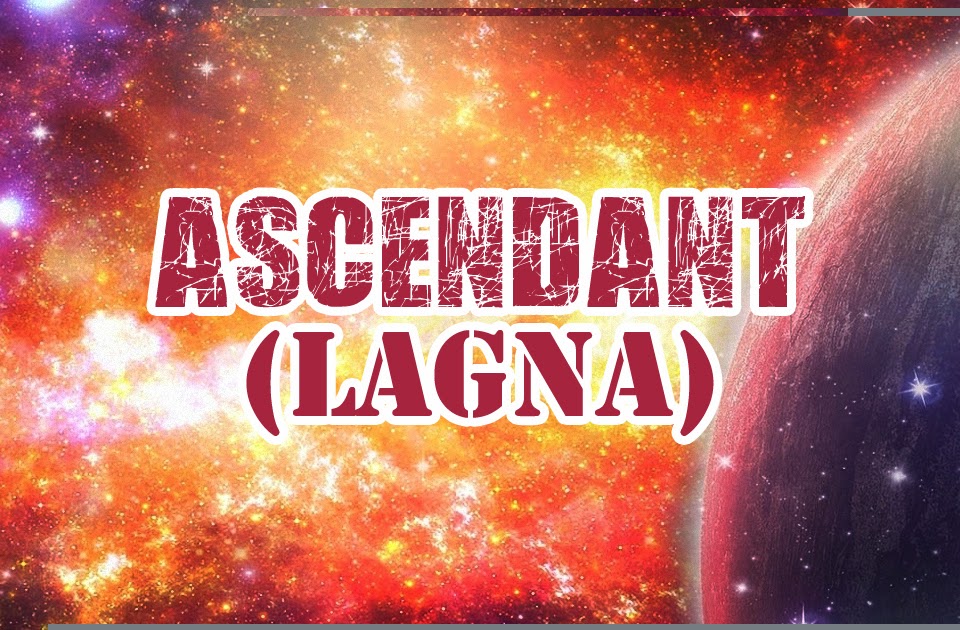 In astrology, the point of the ecliptic or the sign of the zodiac that rises in the east at the time of a person’s birth or another event is called the ascendant. It is marked as “Asc” (Ascendant) or “Lag” (Lagna) in the zodiac chart. The ascendant is a very significant parameter in the horoscope.
The sign of the month as per solar calendar, in which a person is born is called Udaya Rasi (Sun Sign).  For example, if a person was born in Medam (Mesham) month as per Malayalam regional calendar, the position of Sun is marked in Mesha Rasi in the horoscope chart.

The ascendant is marked in the sign determined by the time of birth. The ascendant moves through one sign in approximately two hours or 5 Ghatis (This varies according to the location of the place on the globe). On the first day of the month of Medam (Mesha), the Mesha sign will be present right from sunrise. As each day passes in the month of Mesha, the time of Mesha in the sun sign declines. Thus on the last day of Mesha month, there will be only a few minutes of Mesha left. The ascendant has huge significance in a horoscope. It acts as the starting point of calculating the houses. If the time and place of birth are wrong, then the horoscope will also be wrong.

Accurate calculation of ascendant is very critical. Though numerous methods are used to calculate the ascendant, the three most-popular methods are as follows.
The longitudes of planets indicate the astronomical location of planets in the zodiac. The planet longitudes of each day are given in the Panchanga. The planet longitude at 5.30 a.m. for each place is given. From this, the longitudes of planets at the time of birth is meticulously calculated and written down. Besides, the Panchanga also contains the Gulikodaya of every day and night. As per this, the sign in which Gulikan stands is also marked. On the basis of Panchanga a number of other parameters like the tithi, karana, nithyayoga, sunrise and sunset can also be estimated.

26 Comments on “Ascendant or lagna”