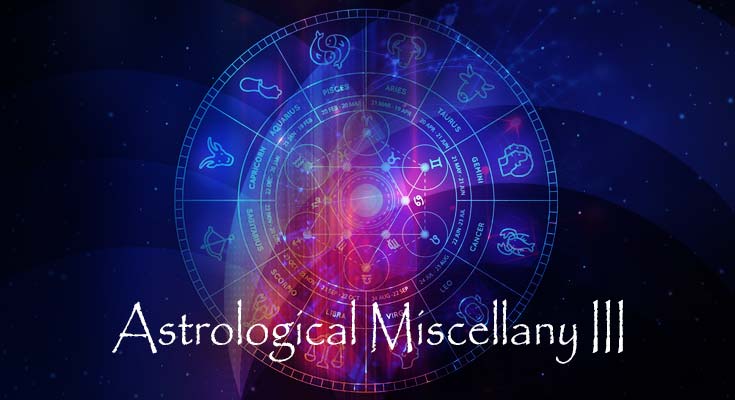 “This is a case that took place long back but it has baffled me as I do not understand why it happened the way it did,” writes reader Deepak Roy of Kolkata.

“Two of my friends who were earning well in Kuwait came back home suffering heavy losses. One of them (Chart 1) had ambitious plans to invest in Indian enterprises as an NRI. He was encouraged to go ahead and told he would earn well in Kuwait for another eight years! Both charts indicate foreign travel. 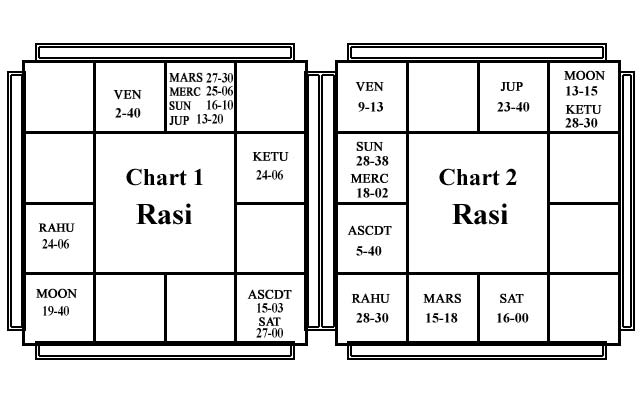 The native of Chart 1 left during his Moon Dasa and Sun Bhukti (12th lord) and Ike native of Chart 2, in his Jupiter Dasa (3rd and 12th lord) Rahu Bhukti (Rahu in the 12th). While the former returned during his Raha-Raha, it is surprising that the latter had to retain in the Dasa of the exalted Lagna lord Saturn who forms a Sasa Yoga and Moon Bhukti (7ft land). These are the only available details of the two natives.

The charts are easy to understand. Going back to the period, Saturn’s transit of Sagittarius and Capricorn afflicting natal Moon in Chart I combined with the Dasa-Bhukti lord Rahu coming under the adverse impact of a Saturn- Rahu combination which could spell nothing short of doom. Moreover, the 12th lord Sun in the 9th with the 8th lord Mars and their sign-dispositor Venus in the 12th therefrom could hardly suggest a happy end to the period of foreign residence, especially because it came during the tense of the 8th lord Mars.

In Chart 2 also, the Moon was coming under the influence of ashtamasani. The Dasa lord Saturn is retrograde in Swati whose ruler Rahu in die 12th is in a Jupiterean sign and reflects his 12th lordship. The Bhukti lord Moon as 7th lord is in the 6th aspected adversely by the 11th lord Mars and he was also under affliction from transit Saturn.

Should Parents be Forewarned (April 19) Not Necessary

“The Rogastana (6th Bhava) lies in Cancer Rashi whose lord is the Moon who is in Scorpio with Rahu and aspected by Ketu which indicates that she will be affected by cancer, in her private parts. The period will be during the conjoined Dasa-Bftftti period of the significators of the 1st and 6th Bhavas. Here the significators are Saturn, Sun. Satan. Mars and the Moon respectively. 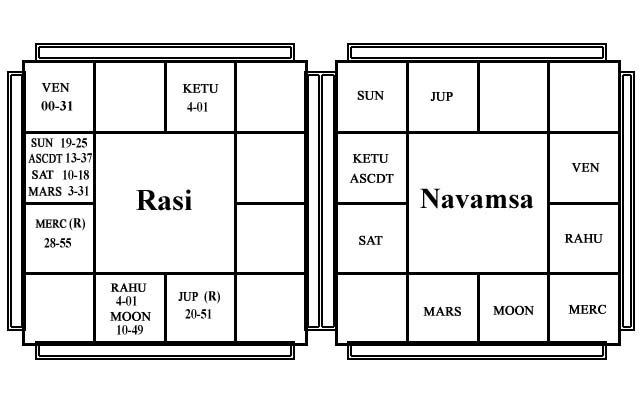 Hence, I conclude that she will be affected by cancer during Sun Dasa Moon Bhukti Mars-Saturn Antara. This would be from September 30, 2044, to March 29, 2045. There will be a relief during the same Dasa period in Jupiter Bhukti since the 11th lord is Jupiter. This period is from June 30, 2046 to April 17, 2047. As such, there is no need to warn the parents now itself’ writes reader S. Lakshmanan of Salem. 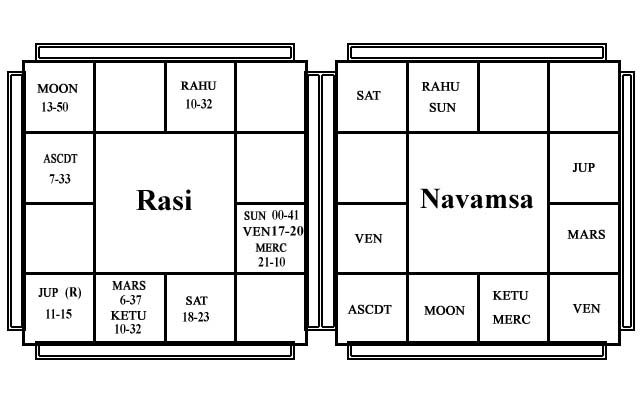 Here is an interesting case coming from reader Dr. S.N. Rao of Madur who writes: “The girl, a doctor, is unmarried at 34 years. She has two benefics Mercury and Venus in the 7th aspected by powerful Jupiter from the 11th. She is in her Venus Dasa from September 2012. The weakness of the 7th lord Sun has caused the delay. The Sun is in Cancer in the 6th in the 12th from the 7th and he is in Rik Sandhi at 290.. In Navamsa, he is in Pisces with Rahu.

“Even Mercury as the 8th lord being retrograde may be contributing to the delay. Has Jupiter’s retrogression impaired his beneficence?” Readers are welcome to send in their comments before May 25, 2019.