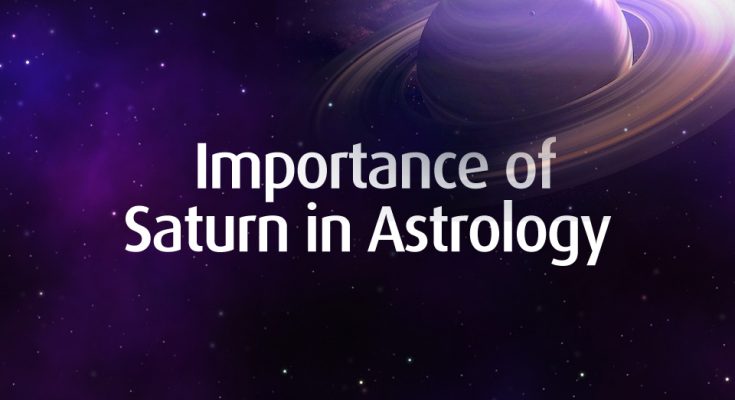 Saturn can be the most misunderstood planet in astrology. People take its name with fear and hatred when natural benefics in astrology can be harmful than Saturn in specific conditions. Saturn rules the 10th and 11th houses in the natural zodiac wheel. These houses deal with your status in the society.
In Vedic texts, Saturn is described as the Son of Sun. The Sun’s wife Sanjana left his due to his ego. Before leaving him Sanjana created a shadow of herself named Chaaya. Chaya gave birth to the Sun. Due to the blue colour of Saturn, Sun hated Saturn. This story proves why Saturn and Sun are enemies in astrology.
Saturn is exalted in the sign of Libra and debilitated in Aries. Saturn generally means delays, obstacles and struggles. At the same time, the positive indication is that, when you overcome the struggles and obstacles, then you will get such victory and that will never leave your life. So, whichever house Saturn is present, there can be a general delay or struggle for prosperity.
Saturn rules Capricorn and Aquarius in the chart, but it is amazing how Saturn can give the most profit giving houses in the zodiac wheel. Saturn is known as the planet of Karma and it takes 28 years to complete one trip through all the signs and reach back to the sign where it is placed in the birth chart. Every 2 ½ years it changes the sign.
Saturn is not considered as an auspicious planet, but it rules auspicious houses. Generally, Saturn represents old people and servants. Mercury and Venus are friendly towards Saturn., with Jupiter-Saturn shares a neutral relation. Saturn sees Sun, Moon, and Mars as its enemies.
In Vedic astrology, when Saturn comes to the Kendra houses, 1,4,7, and 10, then it is called 2 ½ year Saturn transit period. Sade Sati or 7 ½ Saturn occurs when Saturn transits the 12th, 1st, and 2nd house from the natal moon. These are also an important time in any one’s life. He is destined to move slow but steady.
Saturn Mahadasa is for 19 years, It also gives delays and obstacles, but it generally seen after this 19 years, the person started prospering. Saturn has 3 aspects. It aspects the 3rd, 7th and 10th houses from where it is placed. So, this delays and obstacles can be seen in these houses as well.
Yes, it indicates struggles, but we should understand that we are destined to work hard to make a living in this world. The struggles may not be always physical, financial or spiritual or emotional. Saturn never ruins a life completely. It shows the strategies you apply can go wrong if you are not careful. In different houses, Saturn, of course, acts in the same way, but if in Upachaya houses 3,6,10 and 11, Saturn assures victory in the 2nd part of life. Upachaya houses deal with those matters which requires time to grow. Saturn has a limiting nature in any house which it sits, but if you are willing to work hard in a righteous way, Saturn will give you back in a great way.

15 Comments on “Importance of Saturn in Astrology”