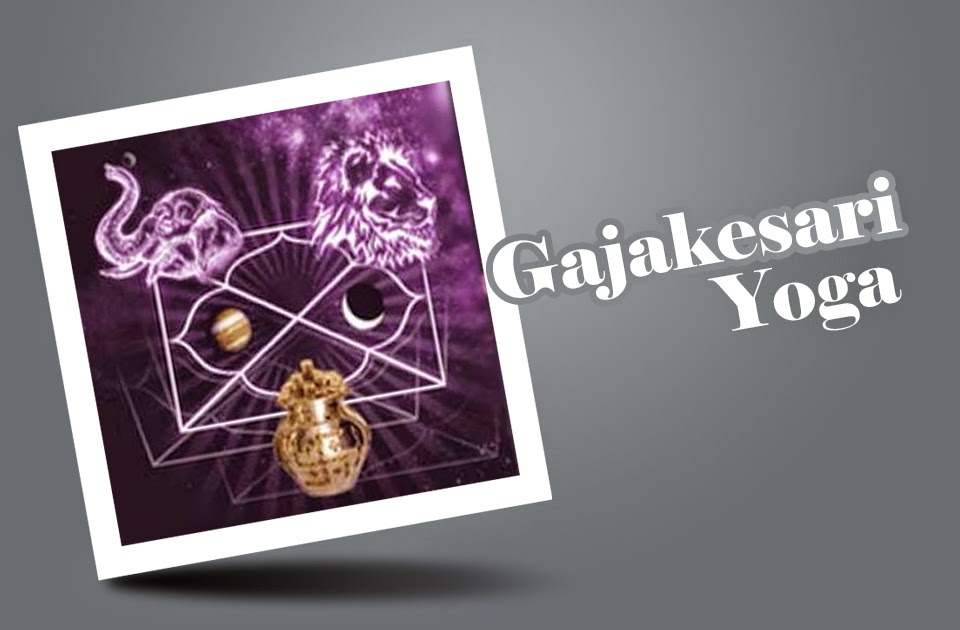 In Vedic Astrology one of the promising yoga is Gajakesari Yoga. This yoga is formed in the birth-chart when Jupiter occupies a Kendra from the moon, i.e., 1, 4, 7,10th house from the Moon.

Jupiter is the planet of wealth, fame, knowledge, luck and children while Moon is the planet of softness, happiness, heart, and prosperity.
Gaja+Kesari, the two words make Gajakesari. One born in this yoga is wealthy, famous, learned, virtuous and honored like a King.  He will have the ability to come out successfully in all his ventures. He can dominate his enemies, and occupies his place like a King.  A person with Gajakesari yoga will have influence over others. This person is smart and clever, he plans his task beforehand.
Note:
Previous  –   Pancha-Maha-Purusha Yogas
Next        –   Anapha Yoga