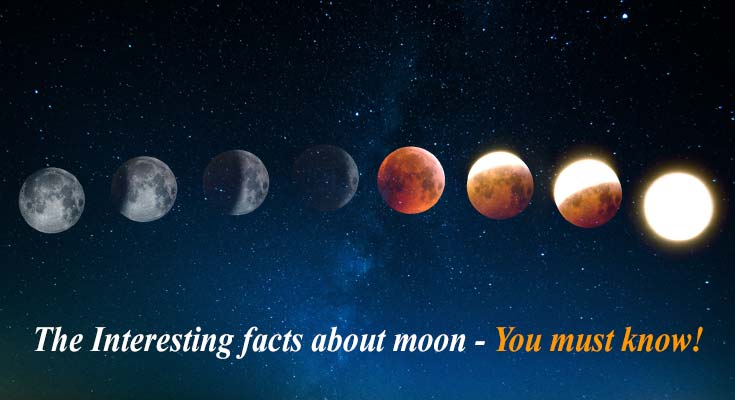 Moon is so important in astrology, that, it is said, the sign occupied by him may be treated as the Ascendant called Chandra Lagna or Moon-sign and predictions made accordingly. According to Jataka Tattwa,

If the lords of the 9th and the 10th from the Ascendant or from the Moon associate, there is Rajayoga.

Even from the time of delivery and birth, the Moon is important. The Moon in a good place and well-aspected is important for safe and easy delivery. A good and strong Moon is said to resist and avert Balarishta. The Moon is nearest the Earth which we occupy; and so, presumably, exerts the greatest influence on us. It is a watery planet; and like water, it is most potential, for good or evil. It represents “mind, mother (in night-birth especially) and affluence”.

The Moon is strong in Cancer, his own sign, in Taurus in exaltation, in Vargottamamsa and in the 4th house. He is very strong in Cancer, as, then, he would be in his element, a watery planet being in a watery sign. It is a mistake to suppose, that the efficacy of a planet, is in his element, was discovered by westerners. For Phaladeepika attributes to the Moon in Pisces, a watery sign aspected by a benefic, especially by Jupiter in exaltation, a Rajayoga (Chapter VII). The Moon in the 4th, 5th, 7th or 9th or 10th aspected by a good and strong Jupiter or Venus makes the native, kingly.

How the moon phases can affect your life?

Good in Kendra or Trikona

Getting to Know the Moon Astrologically

When Full Moon rises in Scorpio

If the Moon is strong and Full, it makes one a victorious king, even single-handedly.

Saravali requires a benefic aspect for the Moon, for those born in other than a royal family. Phaladeepika, in Chapter VII, gives a number of Rajayogas, on account of the Moon. It says if the Moon is Full and radiant in a Kendra the 4th, 7th or the 10th and is aspected by a planet in exaltation or Swakshetra even a hunter (i.e., low-born) becomes a king.

It also says, the Moon in Pisces and well- aspected, is excellent; and it is found, in practice, that, the Moon in Pisces and Jupiter in Cancer, with a good exchange of houses between them, and with Jupiter aspecting the Moon does give Rajayoga and prosperity, even if the Moon is combined with Mars and Saturn. The reason is, Mars-like Jupiter is a Yogakaraka for Pisces Ascendant and Chandra-Mangala Yoga is good for prosperity, though bad for mother and peace of mind. But the Moon-Saturn conjunction or opposition is mostly very bad, like the Moon-Ketu conjunction. But, when the Moon exchanges place with Jupiter, whose house he occupies and is aspected by Jupiter the good, due to Jupiter and the Moon association, overrides the evil, due to the Moon and Saturn.

There is a picturesque Sloka of Sri Mandavya, which says, “when the Moon is Full, and in a Rasi other than Scorpio (where he will be debilitated) and is aspected by Jupiter, then a native, who is very famous, is born. And, the fame is such, that it is like the fame of dark complexioned Vishnu, who became so fair by his fame that his consort, Lakshmi, who came near him withdrew, modestly, confused and doubting if it was the fair Lord Siva, the husband of her Lord’s sister!.

The texts emphasize the strength due to Kalas for the Moon. The Moon must have more than 10 out of 16 Kalas to be deemed to be Full Moon. The Moon is said to be Full for astrological purposes between the 10th lunar day of the bright fortnight and the 5th lunar day of the dark half of the month. For mental happiness, the Moon is all important; for, with mental worry, even a sturdy person of the good physique will get emaciated; for, worry, not work, will kill a man. Of course, one can wax eloquent about the Full-Moon being aspected by a good Jupiter or Venus; more, for a night- birth.

If the Moon is aspected by Jupiter or Venus, who are not Neecha or debilitated or in Maudhyam

Jupiter, but also enjoying the benefic aspect of Jupiter. When the Moon and Jupiter, both own good houses from the Ascendant, Gaja Kesari Yoga is a very powerful Yoga, to reckon with. Even for Libra, it is a fairly good Yoga, especially when they are in Capricorn in the 4th with Jupiter debilitated. For Pisces, Aries, and for Cancer, it is positively a very good Yoga.

As a Malefic Lord

One word about Moon as the lord of the 6th or the 8th. It is said that the lordship of the 8th does not affect the Sun or the Moon. The Dosha (affliction) does not make them Marakas or killers; that is all. But, as the learned author of the Uttara Kalamrita points out, they don’t kill but they do give trouble. Of course, the Moon as lord of the 8th for Sagittarius is not so bad as the Moon and Jupiter are friendly. But, from my experience, I would deem the Sun for Capricorn Ascendant a bitter enemy of Saturn, the Ascendant lord, as baneful indeed. The Moon’s ideal place for Aquarius Ascendant is the 3rd or in Neecha in the 10th. Then, the lordship of the 6th is minimized and at the same time, the Karakattwa of the Moon is safe and protected and not weakened as when in the 8th or the 12th. If the Moon and Jupiter combine for an Aquarius native there will be fair prosperity, however, with the pinpricks due to the strength of the lord of the 6th.

The New Moon is a dire malefic just as a Full Moon is a first-rate benefic. In fact, according to’ a Tamil text, the New Moon is considered to be even worse than Saturn. Such a New Moon, for instance, if placed in the 5th house, especially as lord of a bad house like the 6th or the 8th, will cause Putra Dosha, and will give abdominal pain and pain in the womb to the native’s wife for a long time after delivery. It might also cause painful abortions. Such a New Moon who is deemed a malefic or a Papi is best in the 3rd, 6th or the 11th. If the New Moon is the lord of the 6th or the 8th and strong in any Kendra or Trikona, unredeemed by any benefic aspect, especially by a good and strong Jupiter or Venus, or if the New Moon is weak, say in the 8th and Neecha, as lord of the 4th, it can cause tuberculosis or diabetes in his Dasa. If the Dasa does not run or transpire in the life of the native, the evil will not be present or if there is Jupiter’s powerful aspect, then also, the evil will be minimized or there will be a cure. A bad Moon will cause diseases due to cold, mental feebleness and financial debility, just as a Full Moon, enjoying Jupiter’s benefic aspect especially, will give a brilliant mind, good health, and financial prosperity and popularity as well.

When the New Moon rises in Taurus

The Moon represents the left eye and also Gowri or Shakti who is the left half of Lord Siva. Parasara attributes good name and fame to the Full Moon in the 10th. There is also success and Karya-siddhi according to Saravali,

There will be Raja Yoga if such a Moon is aspected by Venus or preferably by Jupiter and also devotion to Parashakti. The Dasas are determined by the Nakshatra occupied by the Moon; and unless good Dasas transpire in one’s life, one cannot be lucky.

Previous: Importance of Moon in Astrology