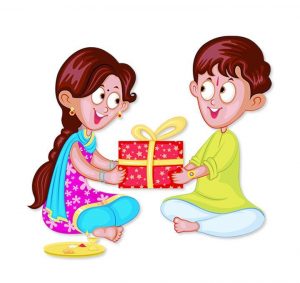 Raksha Bandhan is a festival celebrating the brother-sister relationship. The festival is observed throughout India irrespective of caste and creed, and it celebrates the love and duty between brothers and sisters. The festival usually falls in August, on the full moon day of the lunar month Sravana (on Sravana Poornima) which coincides with Upa Karma or Avani Avittam of South Indians. Raksha Bandhan popularly celebrates all brother-sister relationships, of men and women who are biologically related or unrelated. On this day a sister ties a sacred thread called Rakhi, on her brother’s wrist, symbolizing her love and prayers for him, and the brother, in turn, vows to protect her lifelong. The term Raksha Bandhan means ‘knot of protection’ in Sanskrit and the festival is also called Rakhi Purnima or simply Rakhi. The festival is also observed by Jains and Sikhs, and is a significant ritual of love and harmony, bringing together men and women across the borders of ethnicity, religion, nation, etc.

To find the Interesting facts about moon

There are numerous histories and myths linked to the festival of Raksha Bandhan. The mythological references include the legends of Indra Devi, Bali & Goddess Lakshmi, Lord Ganesh & Santoshi Ma, Yama & Yamuna, and Lord Krishna & Draubati. The major historical references include those of Alexander the Great & King Puru and Rani Karnavati & Emperor Humayun. 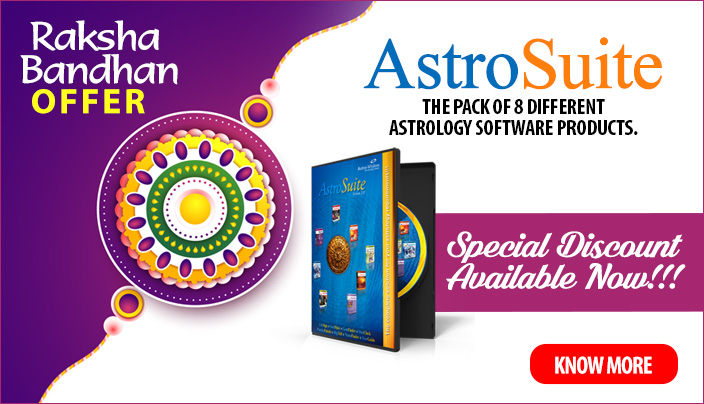 Alexander, the Great and the King Puru

Alexander the Great invaded India in 326 BC and he had to encounter fierce resistance from Paurava King Puru (Porus). One legend is that the wife of Alexander, Roxana (Roshank) sent a Rakhi to Puru, asking him not to harm her husband, and accordingly, King Puru who gave full respect to Rakhi and its tradition restrained himself from attacking Alexander personally.

Rani Karnavati and the Emperor Humayun

The historical references on Rakhi include that of Rajput queens who used to send Rakhi threads to neighbouring rulers as a token of brotherhood and for sustaining peace. When the widowed queen of Chittor Rani Karnavati had to defend the invasion of the Sultan of Gujarat Bahadur Shah, she sent a Rakhi to Mughal Emperor Humayun. Rani’s forces were insufficient to defend the invasion and she wanted Humayun to help her. Touched by the Rani’s move, Humayun set off with his troops to defend Chittor.

Also, during British colonial rule, Great Poet and Nobel Laureate Rabindranath Tagore invoked the idea of Raksha Bandhan as a tool to inspire love and unity. In 1905, when British decided to divide Bengal based on religion, Tagore conducted Rakhi Mahotsavs to strengthen the love and unity between Hindus and Muslims of Bengal and urged them to protest against the British. His ceremonies spread the feeling of brotherhood and it was a symbol of Bengal unity.

Raksha Bandhan is one of those festivals affirming family ties. What is inevitable to conduct Raksha Bandhan ceremony is ‘Rakhi’ which is a simple colorful thread or a bit intricate one with an amulet or a fancy wristwatch or bracelet. Inside the families, the ceremony is usually conducted in the mornings. Sisters, before tying Rakhi on brothers’ hands, tie a Rakhi on Tulsi plant and Peepal tree (Vruksha Raksha Bandhan). Later, in the presence of family members, sister rotates an aarti (a tray with lighted lamp or candle) around her brother’s face and ties the Rakhi on his wrist. After that, the sister prays and expresses her wish for the well being of a brother, and brother, in turn, pledges to take care of his sister lifelong. Also, the sister applies a Tilak (a colorful mark) on her brother’s forehead and feeds him with sweets and seasonal delicacies. Brothers also give gifts to their sisters as a token of love and feed them with sweets and delicacies. Brothers wear the Rakhi for the entire day marking the festival Raksha Bandhan.

The Significance of Raksha Bandhan

The word ‘Raksha Bandhan‘ means ‘bond of protection’ and the festival intensifies the bond of affection between brothers and sisters. There have been incidents in history where Rakhi, as a Raksha or protection, being tied by wife, daughter or mother and by hermits to the people. So we may say Rakhi is not confined to a brother-sister relationship and the festival transcends biological family too. Thus, a girl can show her sisterly affection to any boy through tying a Rakhi and the boy can remain her adopted brother. People can tie Rakhi to neighbours and promote the feeling of unity and mutual commitment to social life. The ceremony of tying Rakhi broadens the thoughts and strengthens love beyond the borders of family, religion, ethnicity, and nation.

The festival of Raksha Bandhan has far-reaching significance in today’s scenario. It invokes love, care, and respect, and emphasizes the need for peaceful coexistence across all boundaries. The festival conveys the message of universal brotherhood and sisterhood as well as the need of purity of mind and deeds, making way to the Vedic concept of Vasudhaiva kutumbakam (the whole world as one family).

Raksha Bandhan is being celebrated by Hindus, Jains, and Sikhs. The festival is mainly observed in India, Mauritius, and Nepal, and by people of Indian origin around the world. The Hindus and Sikhs in Pakistan also celebrate this festival. Though the day is observed throughout India, there are regional variations in this festival. Also, the festival ‘Bhai Duj’ celebrated in some parts of India marks a brother-sister relationship similar to Raksha Bandhan.

In the states of West Bengal and Odisha, the day is also called Jhulan Purnima and is celebrated everywhere from school to offices and from streets to palaces. Sisters tie Rakhi to Brothers and people pay homage to Lord Krishna and Radha.

In the Kumaon region of Uttarakhand, people celebrate Raksha Bandhan with Janopunyu. In Champawat district people marks the day with Bagwal fair.

In Maharashtra region, Raksha Bandhan is celebrated as Narali Poornima. The fishermen community of the state celebrates this festival by offering coconuts to Lord Varuna. They apply vermillion on each other’s foreheads and throw coconuts into the sea as offerings to the Lord.

In the present day, Raksha Bandhan is celebrated in a broader context that women tie Rakhis around the wrists of the heads of state, soldiers and social leaders. The festival is getting a global status for the nature of observance where people reinforce their ties across the borders of religion, caste, ethnicity, and nations.

Previous: The Significance of Varalakshmi Vratam 2019