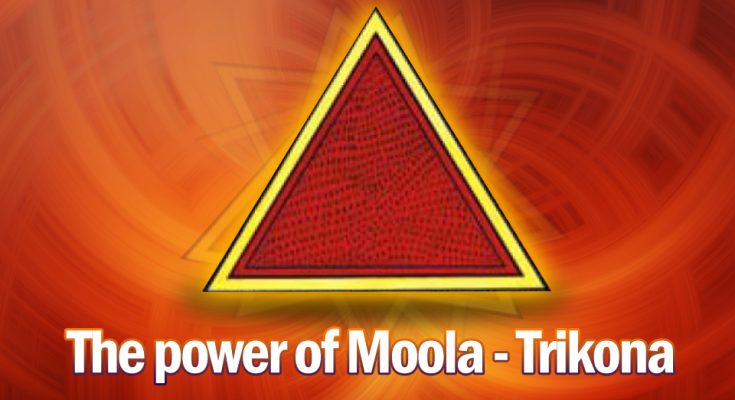 An astrological chart has 12 divisions and these divisions are called houses. These houses are classified into five. They are;

Moola – Trikon is basically a zone in a sign. It is a specific zone in the degrees of a sign, where a planet feels great and give the best results.  They are;

To know more about Pairing of Opposite Houses – Click Here

Moon
Moon’s Mool – Trikon sign is Taurus. In Taurus Moon is exalted too. From 4 degrees to 20 degrees of Taurus is the Mool – Trikon zone for Moon.

Mars
Mars gets Moola – Trikona house as Aries and Mool – Trikon zone is 0 degrees to 12 degrees.

Mercury
Mercury gets exalted in its own house Virgo. Its Moola – Trikona zone is also in Virgo from 16 to 20 degrees in Virgo itself.

Saturn
Saturn owns Aquarius and 0 degrees to 20 degrees is the Mool – Trikon zone of Saturn.

You must notice that all the planets except Moon have Mool – Trikon in own signs. Moon is exalted in Taurus, and it owns Cancer, but its Mool – Trikon zone is in Taurus.

How should we consider Mool – Trikon Planets?

When a planet is placed in its exaltation sign, it is expected to give good results. In Mool – Trikon, the planet will be far more effective because they are in their own sign(other than Moon). They may perform with more power than going into an exalted mode.

In certain signs, certain planets get a lot of power,. All the planets have to move into a different sign (Other than Mercury, Mercury is exalted in the own sign Virgo) different zone to get exalted.  In Moola – Trikona the added advantage is that the planet is in its own house. So,  the best placement of a planet will be its Moola – Trikona then comes the exaltation. The 3rd best placement would be its own sign.  There can be exceptions when the planet is placed without good effects in Shadbala. Its, natural that we may choose exalted planet over a Moola – Trikona planet, but its always good to check how many planets are in their Mool – Trikon signs. The planets should be in the exact degrees. After or before those degrees, the planets will be considered as they are in own house.

There are various arguments regarding the exaltation and Mool – Trikon of Rahu and Ketu. They are not clearly proven so far.

12 Comments on “The power of Moola-Trikona”