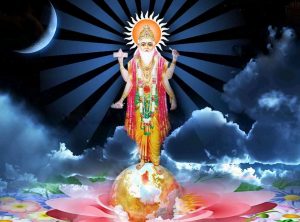 From 23°-20’ to 6°-40’ of Libra lies Chitra Nakshatra, the fourteenth star among the 28 stars. This star has so many specialties that make it unique. It is the brightest star in Virgo constellation. Spica is actually a group of two stars even though it looks like one star. This Nakshatra lies on the left side of Virgo and every year on October 16 Sun is believed to be in conjunction with this Nakshatra. Their mutual gravity distorts each star into an egg shape, with the pointed ends facing each other as they whirl around, completing a single orbit in only four days. This Nakshatra is ruled by Mars and people of four padas will see the influence of Martian energy in them.

The presiding deity of this Nakshatra is Tvatsar IE, Vishwakarma who is the celestial creator. In epics, it is being told that he had cut the sun into 2 pieces. So in these people, you can see the traits of creation as Viswakrma is known as another form of Brahma the god of creation. This Nakshatra’s symbol is Pearl. The symbol is the gem on the serpent’s crest and the forehead of Kaal Purusha is represented by Chitra Nakshatra.

According to Greek mythology, Spica is the star who helped Hipparchus to find the precession of the equinox… The name ”Spica” derives from Latin ”spīcavirginis” “Virgo’s ear of grain”(usually wheat).

The symbol of the Virgo itself is the Virgin carries Wheat and Barley, which means richness and prosperity. This represents the harvest and it implies we will reap what we sow.

Generally, this Nakshatra is found to be auspicious for males, that doesn’t mean it is bad for the ladies.
Chitra Nakshatra Pada 1: Falls in Leo Navamsa and is ruled by planet Sun. People belong to this pada are those who looking for perfectionism in whatever they do. Very energetic people who are always ready to go the extra mile.

Chitra Nakshatra Pada 2: Falls in Virgo Navamsa and is ruled by Mercury. These people are good in intellectual projects as it is ruled by the planet Mercury. They too are perfectionists like the people of 1 pada.

Chitra Nakshatra Pada 3: Falls in Libra Navamsa and is ruled by Venus. Due to the Venusian influence, these people are very mild and very good conversationalists. They are interested in going out and enjoying themselves with friends.

Chitra Nakshatra Pada 4: Falls in Scorpio Navamsa and is ruled by mars. They are more like mysterious people because of the Venusian and Martian forces. They like to travel, and exploring new things.