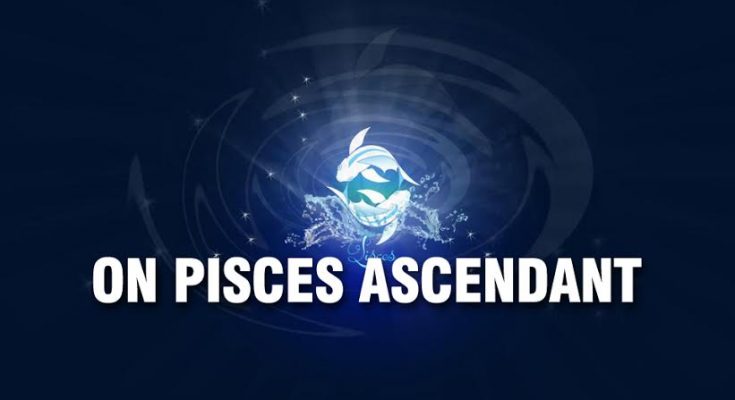 There is a real need today to codify the findings of our ancients in a variety of disciplines. The principles intuited by them, their possible applications, and the results of different permutations and combinations have to be gathered together so that we can try to extend their scope and application in the modern age. This is particularly necessary for astrology because of the flourishing of different grades of quacks and pseudo-astrologers. In this field, we cannot brush aside the Nirayana system which has stood the test of time. It is no use toying with the Sayana system. Intelligent and well-informed astrologers even in the West are now turning to the Nirayana system. In the second place, we must admit that astrology is embedded in profound symbolism. One form of this symbolism appears in the equal-house system implicit in the teachings of Parasara. The M.C. is at best a sensitive point. It cannot determine the cusps of houses. The cusps are determined only by the degree rising on the horizon at the time of birth.

With these basic assumptions which are proved to be true in countless cases, an attempt is made at codification of traditional teachings regarding only one sign as the Ascendant. For this paper, Pisces is taken up since it is the last sign of the Zodiac and since it signifies the first of the ten incarnations of God. As the 12th house of the Zodiac, it is the sign of Moksha or Final Emancipation.

What is a Zodiac?

Pisces represents the feet of the Cosmic Being. It is a watery sign and partakes of the characteristics of the movable and fixed signs. The spiritual preceptor Jupiter is the owner of this sign. Jupiter appears in scriptural lore as Brihaspati and as Ganapati. Here Venus, the indicator of arts, love, and pleasure, is exalted while Mercury indicating practical ability is debilitated.

Compassion, kindness, emotionalism, innocence, generous nature, skill in arts and Sastra, love of a tranquil life and deep thinking are some of the features of this sign. It is also indicative of sacred rivers, sacred places, weakness, dropsy, nervous debility, indigestion, ailments arising from drink and other foods.

Importance of Jupiter in Astrology

The natives of this sign do not have a strong constitution. The hands and feet are strong. The eyes are prominent and impressive. The hair is soft. They are conservative with a tilt to the left. They are religious and yet, love pleasure. Poetry, authorship, refusal to waste time, failure to lead a clean life, obstinacy, loss from enemies and quarrels, occasional serious ailments in childhood, helpfulness and generosity, deeply philosophical nature and spiritual activities, skill in the arts and the Sastras, gullible nature •— these are some of their traits. They can be won over easily and they can also be easily deceived. They have hidden enemies. They are generally subject to many misfortunes.

Jupiter is the lord of the 1st and the 10th, Mars of the 2nd and the 9th, Venus of the 3rd and the 8th, Mercury of the 4th and the 7th, Saturn of the 10th and the 11th, the Moon of the 5th house, and the Sun of the 6th. From this, we can gather that only Mars and the Moon are benefics, besides Jupiter. Though Jupiter owns the 10th, he is not malefic. But it is better if he is posited in a Kendra. The lords of the 9th and the 10th conjoining in the 6th or the 8th are beneficial to this Ascendant. Mars should be in a Kendra or a malefic house. Even in a Kendra, he can give bad results and he should not be in a trine. Saturn in a square or a trine gives benefic results. The Sun in the 4th or the 10th is beneficial.

Some of the benefic Yogas or combinations for Pisces Ascendant are:-

1) Mars and Jupiter in a square.

2) Sun, Mars and or Jupiter in a square

3) Moon with Mars and Jupiter in a square or trine.

5) Sun alone beneficial when with the Moon.

9) Sun and Saturn in a square

10) Jupiter and Saturn in a square

11) Rahu or Ketu in a square or trine without any other planet. They should not be with Mercury and or Jupiter. Their association with Mars and Saturn is tolerable.

12) Moon and Jupiter in Cancer or Scorpio.

15) Moon, Mars, and Mercury in Capricorn.

16) Mars and the Moon in the 5th. Then the Dasa of the Moon is extremely beneficial.

18) Moon, Mars, and Jupiter in the 4th without any association or aspect of Venus and Saturn. Then Jupiter and the Moon will be beneficial in their Dasas and Bhuktis.

19) Jupiter in the 10th, The Dasa of Jupiter would be a grand success.

23) Moon and Saturn in the 1st, Mars in the 11th and Venus in the 6th. Then the Dasa of Venus is beneficial.

Some of the malefic Yogas or combinations are:-

1) Jupiter Dasa or Bhukti will be bad if he is with the Sun.

2) Sun and Venus give debts, diseases, and enemies.

3) Sun and Saturn beget many troubles and losses.

4) When the Moon and Mars are together, Moon Dasa brings domestic troubles.

5) The Moon and Saturn combination makes the Moon give worries about children.

6) In the Moon and Venus combination, Moon Dasa creates many troubles.

7) The conjunction of Mars and Mercury gives rise to infectious diseases and troubles regarding the partner’s death.

8) The conjunction of Mars and Venus brings losses.

9) Mars-Saturn conjunction makes the period of Mars a difficult one.

10) When Mercury and Venus are together, Mercury gives no good results.

11) When Mercury and Saturn are together, Mercury might bring about one’s death or troubles related to the partner.

12) In the Jupiter-Venus conjunction, Jupiter creates obstacles, losses, and ill-health.

13) In the Jupiter-Saturn conjunction, Jupiter creates ill-health and losses.

14) When Venus and Saturn are together, both become capable of killing the native. There will be trouble about partner, children, and occupation.

15) In the Sun-Saturn-Moon combination, the Moon does not give any good results.

17) When Mars, Jupiter, and Venus are in Capricorn, the Bhukti of Venus in the Dasas of Mars and Jupiter brings disastrous results.

18) When Mercury and Venus interchange their houses, Rahu Bhukti or Sun Bhukti in Mercury Dasa brings about death.

When Pisces Ascendant is aspected by the Sun, Mars, and Venus, one becomes an evil-doer. Aspected by Mercury, he develops a taste for humor. Jupiter’s aspect raises him to a position of authority. The aspect of Venus makes him a scholar.

Consider a couple of examples which will reveal the complexity of the problem. Chart 1 is that of a lady born on 6th June 1935. The balance of Mercury Dasa at birth was five and a half years. The aspect of Mars falls on the Ascendant to some extent.

The lord of the Ascendant is in the 8th aspecting Saturn and Mercury. The Moon is with Venus, though there is no conjunction. The lord of the 6th is in the 3rd. She was married in the period of Venus to a person who was divorced earlier and who thereafter followed family planning. The result is that this woman can have no children of her own. A chart like this creates some problems for the astrologer if he rejects the directive principles given in classical texts.

Chart 2 has Mars in the 6th aspected to some extent by Jupiter. The 10th house is well occupied. The 2nd has a strange set-up. The Moon is well placed. Rahu and Ketu are alone. Mars aspects Rahu. During Jupiter Dasa, the native rose to the Bench of a High Court. As Saturn Dasa began, he became the Chief Justice. Venus in the 2nd made him think of becoming a playwright. But Venus, not being well-placed, could not give him what he longed for. Jupiter’s aspect redeemed him to some extent. The Ascendant is aspected by Mars, and this can be explicated in a very significant way. Some of the combinations listed earlier are to be found in this chart.

What we need is a codification of the principles along with illustrative charts. Then we will be in a position to show effectively that astrology works when it is handled by those who do it according to methodology.

4 Comments on “On Pisces Ascendant”