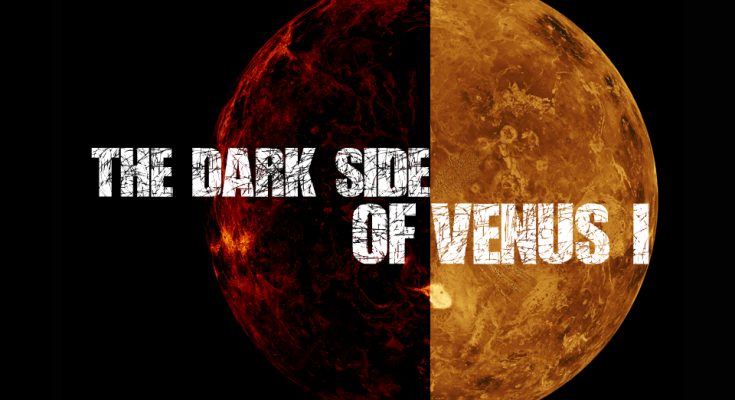 Venus is a natural benefic who represents gentle and refined attributes in man. He can readily be classed next to natural benefic Jupiter. Of the four ends of human existence, viz.,Dharma (righteousness), Artha (attainment of riches), Kama (Love) and Moksha (Final Emancipation), Venus controls the third, viz., Kama. He represents lust (passion), wife, love affairs, sexual pleasures, family bliss, amiability, dress, music, dancing, authorship, poetical faculty, law, vitality, vehicles, jewellery etc. Pleasures and luxuries, arts and crafts, feelings and emotions are all under his control. He has dominion over the ovaries, eyes, generative system, semen and phlegm and over diseases like diabetes, syphilis and gonorrhea. He is Rajasic in nature (imperious disposition).

When Weak and Afflicted
According to the scriptures, Venus is Sukracharya, the undisputed leader and preceptor of the demons (Asuras). If Venus has no strength at birth the native will have neither the sex urge nor affection towards anybody. He will not have the capacity for procreation or rather he will be impotent or imbecile. He will not appreciate art, music, literature and other fine arts. When powerful, well-placed and unafflicted in one’s horoscope, Venus gives one a harmonious and balanced marital life. He will be cheerful, popular, sociable and happy.
On the other hand, when weak, afflicted or ill- dignified, Venus turns out to be outright malefic, causes a sense of frustration, disappointment in love affairs, domestic worries, loss of money and position, scandals, cutaneous eruptions, diabetes and venereal diseases.
Venus in quadrants (Kendras or angles) is welcome but ownership of quadrants Kendradhipati) or situation in unfavorable signs like Virgo or the 6th from the Ascendant or in unfavorable Nakshatras or Nakshatras of  malefics or association with malefics in one way or the other or is between malefics becomes afflicted or weak and changes his mild and gentle nature altogether to behave most cruelly. Similar is the case when malefics are posited in Chaturasra or the 4th and 8th houses from Venus. He is to some extent like the Moon who is a malefic when devoid of digital-power and like Mercury, who becomes a malefic directly when he comes into contact with other malefics. According to Dr. B.V. Raman: “In hundreds of horoscopes, it has been observed that Venus, when afflicted, has given rise to more than one legal wife'”?
With Malefics

Venus is an enemy of the Sun. Combustion (Moundhya) occurs when be is 10 degrees behind the Sun.

Venus with the Sun • Makes one weak, afflicted and ill-dignified. Likely to have aversion to women (strivimukha) or be impotent, ill-luck in respect of one’s marriage: separation from the life-partner in one way or the other.
Afflicted Venus with the Sun (Karaka for father) • Indicates early death of father unless the Sun is powerful or aspected by strong benefics.
Venus with the Moon • Almost alike in nature and like two beautiful ladies, they are jealous of each other; they are both sensual and they both yield to temptation and emotions.
Venus and Moon in the Ascendant • In the horoscope of a female will make her jealous and fond of happiness.  If the Moon is not powerful, a conjunction of the Moon and Venus may indicate adultery and the marriage of the native is likely to be unhappy; a second marriage is also probable.
Afflicted Venus with the Moon (Karaka for mother) • Indicates early death of one’s mother unless the Moon is powerful or aspected by strong benefics.

Venus and Mars in the 7th aspected by Malefics • Since Venus is a Rajasic planet, he gets afflicted the moment he comes into contact with a Tamasic planet like Mars. Serious danger from dysentery. Mas rules the criminal and warring sensational feelings. In matrimonial matters, it is a well-known fact that Mars causes greater evil fan any other planet. If the influence of Mars on Venus is “patent, potent and unerring-, the native is sure to become too passionate  and adulterous : he may indulge in unnatural ways to gratify  his lust.

Venus and Mars Exchange Navamsas • Female native will be adulterous
A conjunction of Venus and Mars or their mutual aspect indicates discord in marital life. Of course, such a conjunction in the 2nd or the 7th from the Ascendant for girls born in Aries is said to do no harm. Yet it may be said that Mars mars the beauty of marriage. Mars in certain positions from Venus does away with the life of the spouse. This is called Kuja Dosha (Angaraka Dosha) which is particularly taken into consideration in marriage adaptability.
Venus and Saturn • Alpachakshus (one with small eyes). Venus and Saturn are friends but since Saturn is the “embodiment of idleness, which is the root cause of prostitution and libidinosity”, the association of Venus with Saturn in any manner gives bad results, unless such Venus is powerfully influenced by benefics. Ordinarily when Venus and Saturn are in conjunction, the matrimonial life of the native becomes unhappy and passes through many a disappointment and an insatiate sexual life. All the lovable qualities of Venus are likely to be neutralized through Saturnine contact. Saturn strongly depresses the sociability, liveliness and loveliness of Venus and makes him cruel.
insincere and selfish. The native of such a horoscope in which Venus is strongly influenced by Saturn will avoid pleasure, amusement, company and music or appreciate serious sad music. If a weak or afflicted or ill-placed Saturn aspects or is in association with or is aspected by weak or afflicted or ill-placed Venus, the native will taste the bitter fruits of Kemadruma Yoga.
Sign Results
When Venus is in Aries or Scorpio, ruled by Mars, he gets afflicted and makes the native licentious, sorrowful, fickle, irreligious, easy-going, selfish and extravagant. According to Brihat Jataka, Venus in Aries and Scorpio makes the native fond of other people’s women, lose money through their flattery and hater of his race. The affliction is greater when Venus is in Scorpio than in Aries. When Venus is in Scorpio, the native is likely to be “unjust, proud, disappointed in love and haughty”. In the Dasa of Venus posited in Scorpio, the native may have disappointments, especially in respect of love affairs, miseries and troubles, serious risks, misunderstandings with relations, friends and superiors in office, loss of wealth and property, mental affliction and derangement.
Venus in Cancer ruled by the Moon, makes on a bigamist , mendicant and timid person with full sexual passion and sorrow through it. In the Dasa of Venus posited in cancer there may be “Paroxysms of grief and terror, destruction of property, discontent with relations, increase of enemies, loss of wealth, disturbances to good work and some mental ease in the end. When in Leo ruled by the Sun, Venus makes one wayward, passionate, conceited, licentious, subservient to women, premature in conclusions and haughty with superiors airs. In the dasa of Venus posited in Leo, the native may have mental disease and sorrow, troubles from fire, poison and hurt, aimless wandering, domestic worries, “stigma on self respect due to mean fellows and inclination to conceal true identity”.
The most inauspicious sign for Venus is Virgo where he gets debilitated. If Venus is in the 5th house at 27 degree Virgo(extreme depression), the native becomes a beggar. According to Jataka Parijata:“If Venus be in his extreme depression, Raja yoga, if any, becomes futile”. Such natives in whose horoscopes Venus is in Virgo, will indulge in very mean acts. Such a Venus makes one “petty minded licentious, unscrupulous, sensuous,unhappy, unsuccessful and loquacious”. Aspected by malefics, Venus posited in Virgo,makes one a bachelor or remarry after separation form his first wife.In the Dasa of Venus posited in Virgo, one may have occasions to quarrel with one, spouse or suffer separation from the marital partner.

One is likely to mortgage all his properties and get trouble in the generative organ often leading to surgical operation. One may also have “symptoms of arthritis, troubles relating to nervous breakdown, mental unrest, separation from relatives and friends and much grief and sorrow”

One Comment on “The Dark Side of Venus – I”