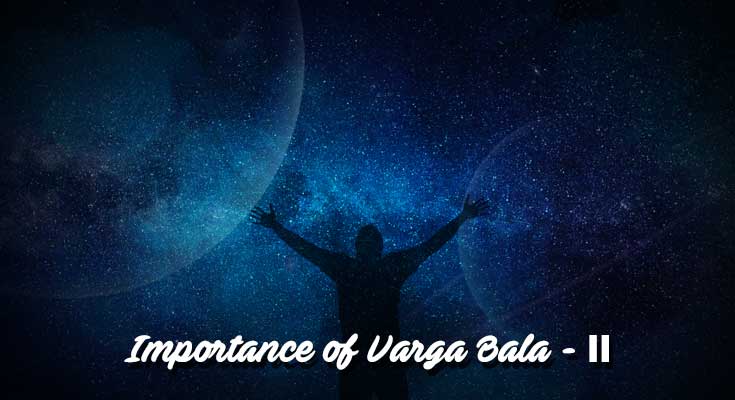 There are detailed discussions in many other classics like Hora Makaranda, Brihat Jataka, Sarvartha Chintamani, Saravali, Jataka Parijata and Yavana Jataka in which the special effects produced by different planets in each of the Shadvargas are discussed individually and readers may refer to them also.

In addition to the above, the following points may be essentially kept in mind while assessing the Vargabala of planets. 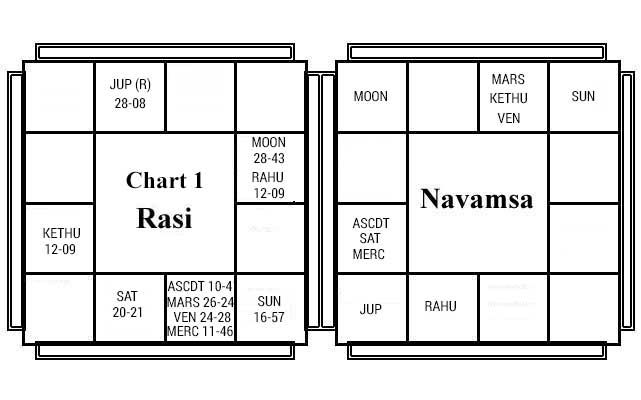 Chart 1 prima facie, without knowing as to whom it pertains to, is not impressive enough to represent such a renowned personality as Gandhiji. But, a detailed analysis of the placements of the planets in Shadvargas reveals the reasons for his greatness.

Table I : Shadvargas of Chart 1

As evident from Table I, 5 out of the 7 planets are favorable to the native occupying 3 or more auspicious divisions in the Shadvargas. Only Mars and Saturn are unfavorable with 1 and 2 inauspicious divisions respectively. The occupation of Venus and Mercury of the Ascendant with the aspect of Jupiter on them ensures benefic results from the Ascendant despite these planets owning Dustanas also because the adverse influences of the 3rd, 6th, 8th and 12th lordships of these planets are greatly reduced by their Shadvargabala. Also, the conventional Papakartari Yoga caused to the Ascendant gets weakened due to the Sun becoming an auspicious planet by virtue of his Vargabala. However, the occupation of Mars in the Ascendant which is inauspicious in Vargabala with 1 out of 6 benefic Vargas creates some afflictions by blocking the native from experiencing personally the material comforts due from the 3 benefics. As a result, despite affordability, he voluntarily chose an austere life avoiding physical and material comforts.

The most important reason which deprived the native of any material and physical comforts is the occupation of Ketu, the planet of Vairagya (renunciation) and Moksha (emancipation), in the 4th house and the aspect of Saturn who is an inauspicious planet with 4 out of 6 unfavorable Vargas despite being the Yogakaraka. These influences kindled and fostered the spirit of service and spirituality in him rather than promoting his material or bodily comforts (Sukha).

The following additional points may also be noted in Chart 1. 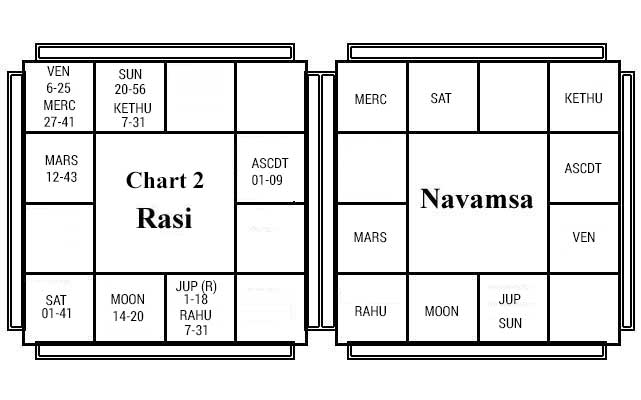 Chart 2 is of a native who is literally struggling to eke out a living and make both ends meet. His life is full of problems in almost all areas. The chart appears to be good at first sight with two planets (Sun and Venus) in their exaltation signs, lord of the Ascendant Moon in a Trikona (in debilitation sign but with cancellation) and the 9th lord (Jupiter) occupying a Kendra (4th house). But, the reasons for his struggle can be easily understood with the help of the Vargabala of planets.

As evident from Table II, only 2 out of 7 planets are favorable to the native occupying 4 auspicious divisions in the Shadvargas (only Sun and Venus) and others are unfavorable. Saturn is the most inauspicious one with zero auspicious Vargas.

The Ascendant is Cancer and its lord Moon is Neecha-Vargottama occupying his debilitation sign both in Rasi and Navamsa. Despite his placement in the 5th house in a friend’s house and with the cancellation of debilitation in the Rasi chart, he is afflicting the native’s 5th house. Although the native is generally healthy due to the other benefic influences of the Moon (especially, as Ascendant lord in the 5th), his occupation of the 5th house has made the native childless as this adverse influence is intensified by the placement of the 5th lord in the 8th house with Papakartari Yoga to the 5th house.

The 10th lord Mars is basically unfavorable with only 1 out of 6 auspicious Vargas. He is in the 8th house which weakens the 10th house. The Sun is a favorable planet with 4 out of 6 auspicious Vargas and his placement in the 10th house in his exaltation sign supports the native despite the affliction caused by the conjunction of Ketu with him. As a result, the native who is engaged in the printing agency business is managing to get more orders from the government departments than from private customers, although they are not enough to meet his requirements in earning.

The retrograde aspect of the 6th and 9th lord Jupiter on the inauspicious Mars who is aspecting the 2nd house afflicts the native’s family relationships despite the exaltation of the 2nd lord Sun in the 10th house as Mars also becomes the sign-dispositor of the Sun. The aspect of the most unfavorable 7th lord Saturn on Mars has made the native’s wife quarrelsome.

As regards the financial prospects of the native, the 2nd and 11th houses are vacant. The 2nd house is aspected by inauspicious Mars and the 11th house is aspected by both the Moon (Ascendant lord) and Mars (5th and 10th lord) which are unfavorable to the native. As a result, they do not permit the native to get whatever money he needs. In addition, retrograde Jupiter (6th and 9th lord) is in the 4th house and aspects the 8th, 10th and 12th houses. Jupiter also being an unfavorable planet for the native, his influence on these houses create unwanted and unforeseen expenses and makes the native spend by taking frequent hand loans for the purpose of health (1 st and 6th), comfort and possessions (4th), religious poojas and pilgrimages (9th).

These examples show the Vargabala of planets in the Shadvargas throws extra light on the influences of planets in a horoscope and is very useful in arriving at correct conclusions in prediction. Of course, while assessing its influence one necessarily needs to take all other basic factors of horoscope analysis into consideration before arriving at a final conclusion.