Rising and Setting of Jupiter

Jupiter is a natural benefic, but his cyclical movement is almost similar to that of malefic Saturn except for the difference in the pace of their motion. Jupiter’s movement in 2017-18 can be taken as an example of a clear understanding of this fact. Jupiter was in Libra from September 12, 2017, to October 11, 2018 (Chitra Paksha Ayanamsa). When Jupiter enters Libra on September 12, 2017, the Sun was in Leo and Jupiter was seen in the western sky after sunset. Since the Sun moves faster than Jupiter, the Sun began to move towards Jupiter. On October 15, 2017, when the Sun was in the last degrees of Virgo (28°) and Jupiter was at 7° in Libra, Jupiter’s combust phase began. Sun-Jupiter conjunction occurred on October 26, 2017. Thereafter, the Sun began to move away from Jupiter and on November 5, 2017, when Jupiter was in Libra at 11° and the Sun in Libra 19°, Jupiter’s combustion ended. Before the beginning of the combust phase, Jupiter was seen in the western sky after sunset. During combustion, Jupiter disappeared from the western sky (Paschimlop) and at the end of the combust phase, started rising in the eastern sky before sunrise (Poorvadarshan).

During the next few months, the Sun moved ahead and crossed Scorpio, Sagittarius and Capricorn signs. On March 9, 2018, when the Sun was in Aquarius at 24° and Jupiter in Libra at 29°, Jupiter turns retrograde. During this retrograde movement, Jupiter was in exact opposition to the Sun on May 9, 2018. On July 10, 2018, when the Sun was in Gemini 24° and Jupiter (retro) in Libra 19° Jupiter turns direct ending his retrograde movement which lasted nearly 4 months. The main point to note here is that during retrogression, the Sun and Jupiter were in exact trine (120°) on March 13, 2018, and on July 5, 2018. Every year the Sun and Jupiter are in exact trine twice. Both the dates of trine fall very near the dates of the retrograde motion of Jupiter – one just after Jupiter turns retrograde and the other, just before Jupiter turns direct. A trine is considered to be very auspicious and a trine between friendly planets Sun and Jupiter are supposed to be all the more auspicious. In addition, this trine is considered more beneficial for fiery and watery signs. In spite of trine being auspicious and in spite of the. dictum that retrograde benefic planets cause Raja Yoga, the experience is quite to the contrary. This paper mainly discusses some charts with birth dates near about the time Jupiter turns retrograde or direct and tragic incidents near about such dates, especially when Jupiter is stationary.

Jupiter represents a space (akasha) element and so it has the quality (guna) of sound (shabda and dhwani). So Jupiter governs speech and becomes the significator of education (as education is mainly imparted through words). Space represents hollowness. So Jupiter governs all glands and organs in the human body which are hollow or where some fluids or the like are assimilated (like uterus). So Jupiter is the Karaka for progeny also.

The following cases illustrate the consequences related to Jupiter’s natural or functional Karakattwa when he is stationary.

Chart 1: Jupiter turns direct just 4 days after the birth date. The native died in a hiking excursion on August 18, 2002.

(i) Mars, the 8th lord, is in the 8th house degree-wise close to the Ascendant sign-wise degree
(ii) Mars aspects the 8th house from the Moon-sign
(iii) Mercury, the Ascendant lord, though Vargottama, is in conjunction with malefic Saturn and
Rahu
(iv) But stationery Jupiter has multiple roles: (a) He is the Moon-sign lord; (b) He aspects the 8th house from the Ascendant and also the 8th lord Mars; (c) Aspects both the Sun and the Moon, important factors denoting time; and (d) Aspects the Moon, 8th lord from the Moon- sign.
Jupiter, being in Makha, a Krura or cruel Nakshatra and having multiple connections with the 8th house, turned out to be a major factor in the fatal accident. Considered from Sagittarius, the Moon-sign, all the tragic and Rasi lords (Sun, Mars, Jupiter) are in trine and in the 5th and 9th houses. But still, the tragic incident could not be averted because of stationary Jupiter. 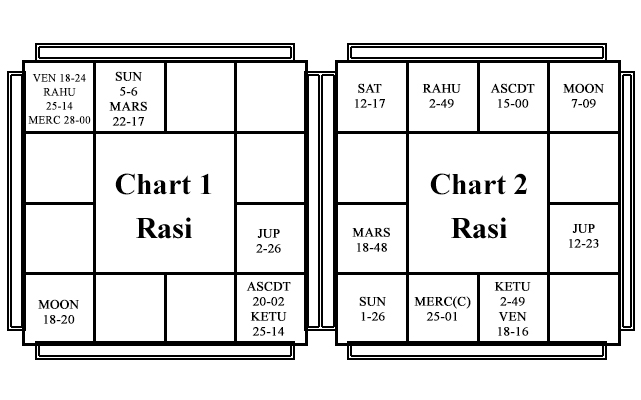 Chart 2: Jupiter turns retrograde just 5 days after the birth date. The native died on May 8, 1984, while trying to save his younger brother from drowning. Jupiter turned retrograde on December 22, 1967.

The incident happened just 8 days after Jupiter turns retrograde on April 30, 1984, in Sagittarius, the 8th house. Chart 3: This native died of a heart attack when only 10 years old. Jupiter turns retrograde just a week prior to the birth date.

Chart 4: The native met with an accident while driving his bike on November 6, 2012, and was in a coma until his death on November 16, 2012. Jupiter turns direct just 3 days prior to the birth date.

(i) Rahu is in the Ascendant; (ii) Mars, the 8th lord from the Ascendant, aspects the Ascendant and Mars also is stationary having turned direct on March 2, 1978; (Hi) Jupiter has multiple roles: (a) He is the 4th lord (4th house governs vehicles); (b) He aspects the 4th house; (c) He is associated with Mars, 4th lord from the Moon-sign; (d) He aspects Mercury, Ascendant lord; and the Sun, Moon-sign lord and also Venus, the planet ruling vehicles; and (e) Is with Mars, the 8th lord.

Yet another factor to note is that Mars also turns direct on March 2, 1978, a week after the birth date. 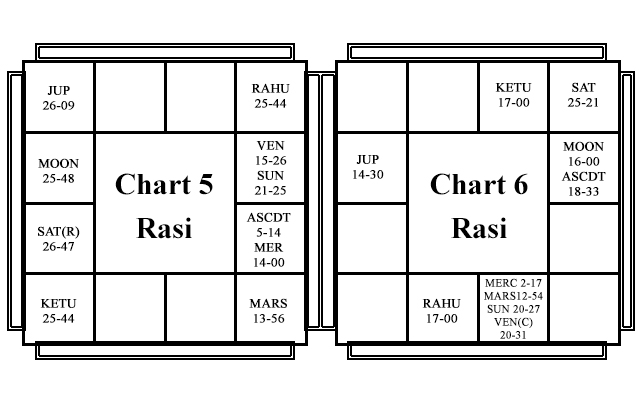 Chart 5: The native is engaged in the import-export business and travels a lot internationally. But he had to undergo surgery for rectum cancer on July 5 and Oct 13, 2016, after which he was also undergoing chemotherapy. Jupiter turns retrograde on the very next day of the birth date.

Chart 6: Saturn turns retrograde November I, 1974 just 6 days prior to the birth date. Both Mercury and Jupiter turns direct on November 4, 1974, three days before the birth. This native met with an accident on Mumbai Pune expressway on July 19, 2015, while traveling in a car along with her mother and brother. Suddenly there was a landslide in the ghat area and her brother died on the spot while her mother died August 16.2015. The native has still not recovered fully, in spite of the fact that she was operated three or four times for various problems following the accident. She got severely injured with one eye and both hands and legs affected. A knee replacement surgery was done on March 20. 2018 and a second operation has been advised.

(i) Stationary Jupiter aspects the 3rd lord Mercury (governing siblings) and also Mars. Karaka for siblings Mercury, the 3rd lord, is also stationary (ii) Stationary Jupiter aspects the 4th house, governing the mother and also aspects Venus. 4th lord from the Ascendant and the Moon. Since the Moon as the Ascendant lord is in the Ascendant, the native survived the accident but still has not returned to nomalcy. She had to undergo surgery on the skull and was in the hospital for a long time. Both the hands and legs have been damaged.

To conclude, the charts discussed here are not sufficient to justify the effects of stationary Jupiter but still, the main point here is that in spite of Trinal Yogas, the natives suffered. So the stationary state of planets needs to be studied in detail.

To Find the Importance of Saturn in Astrology

Further, if movements of planets are analyzed over a period of time, it is seen that after a span of 20-21 years, Saturn and Jupiter turns retrograde around the same time. In 1940, Saturn turned retrograde on August 27 and Jupiter on September 4 (both in Aries) and direct on January 9, 1941, and December 31, 1940, respectively. Then subsequently such phenomena repeated in 1961, 1981, 2001 when both of them turned retrograde or direct on nearby dates or both. Further, in between after a gap of 5-6 years, the dates of one turning retrograde and the other, turning direct come closer to each other (April 1948, February 1954, April 1960, November 1966, November 1974, December 1979, August 1987 are some such months). Birth charts are during such periods when two or more planets are stationary need to be studied carefully.

On the Samhita front also, the stationary phase of Jupiter needs to be analyzed carefully. Some calamities near the dales of Jupiter’s transitional phase are given in Table II for a number of years. As Jupiter represents the space element, some air mishaps near the dates of Jupiter turning retrograde or direct, are also listed. Jupiter rules the Assembly and Parliament, and so mishaps include attacks on such Legislative bodies also.

The tragedies include air mishaps, bomb blasts, road accidents, typhoons, etc., causing havoc. Though it is not argued that these tragedies happened solely due to the stationary state of Jupiter but still it was one of the main factors when the tragedies occurred. The analysis needs to be done in respect of the place and the type of risk (water/fire/air etc.) so that such incidents can be avoided by taking preventive measures in time. But this needs collective effort in astrology as a Science of Time. •