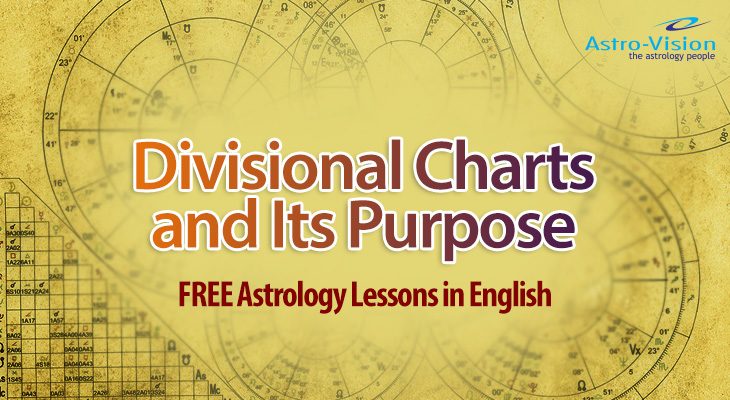 For detailed analyses of the Horoscope, we have to study the Divisional Charts.  These are studied for two purposes.  First, we study them to see the strength of the planet by observing its placement in various divisions.  Secondly, DC is studied for identifying the results of a particular aspect of live by studying the corresponding divisional chart along with the concerned house in the natal chart.

The following table shows the 20 basic Divisional Charts, their nomenclature, and their purpose.

The first cycle of the D Charts from D1 to D 12 covers the various aspects of the physical reality of a person.  Out of these, the Rasi, Drekkana, and Navamsa are considered to be the most important in analyzing a Horoscope,.

The third cycle covers D 25 to D36 relating to the subconscious region and unconsciously influences the mind.

The fourth cycle covering from D 37 to D 48 deals with past Karma, which is inherited as an ancestral legacy.  The important divisions in the cycle are D40 and D 45.

D49 to D60 shows the accumulated Karma from past birth, which a person carries with him like a legacy.  In this context, D50 is the most relevant division.